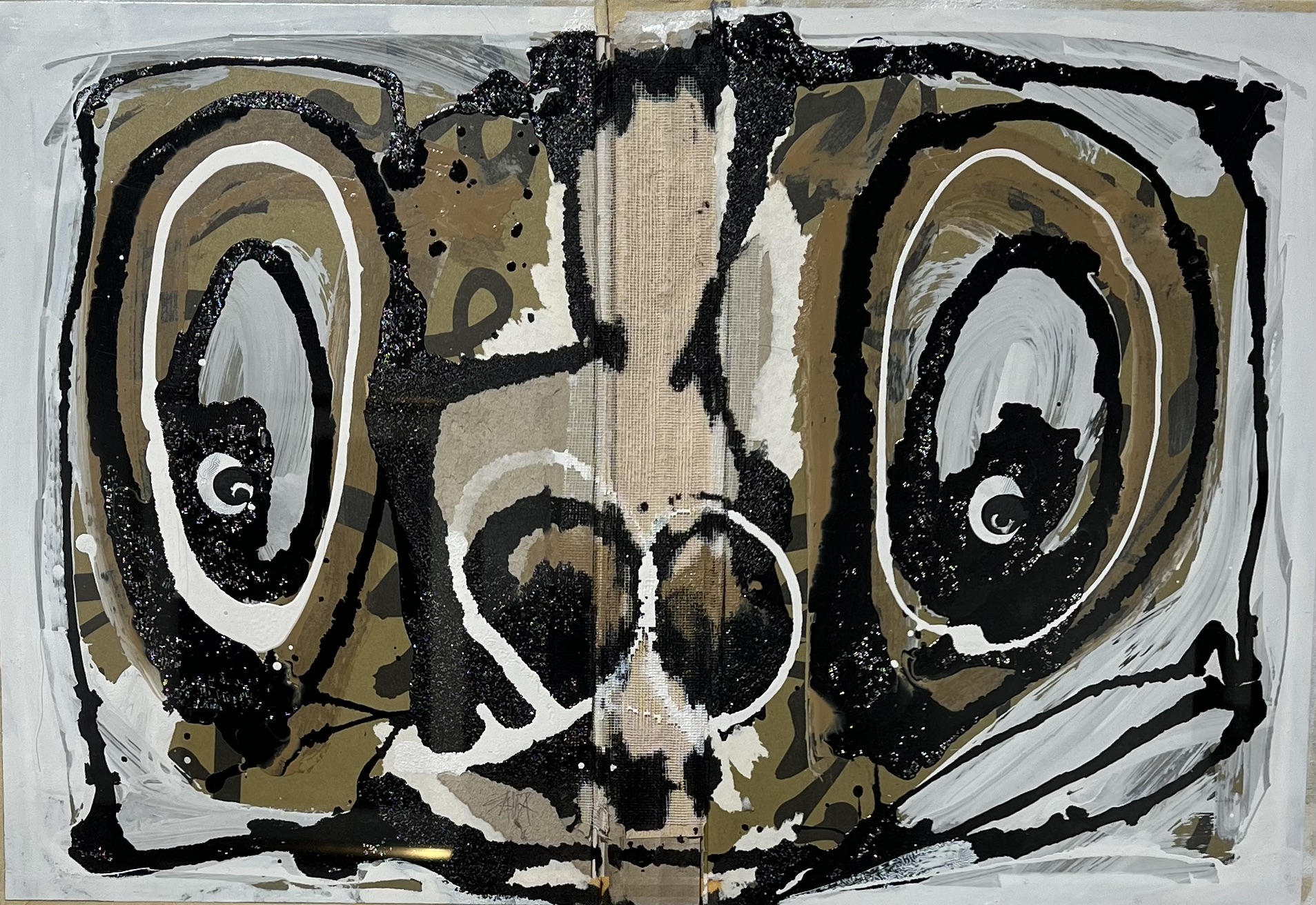 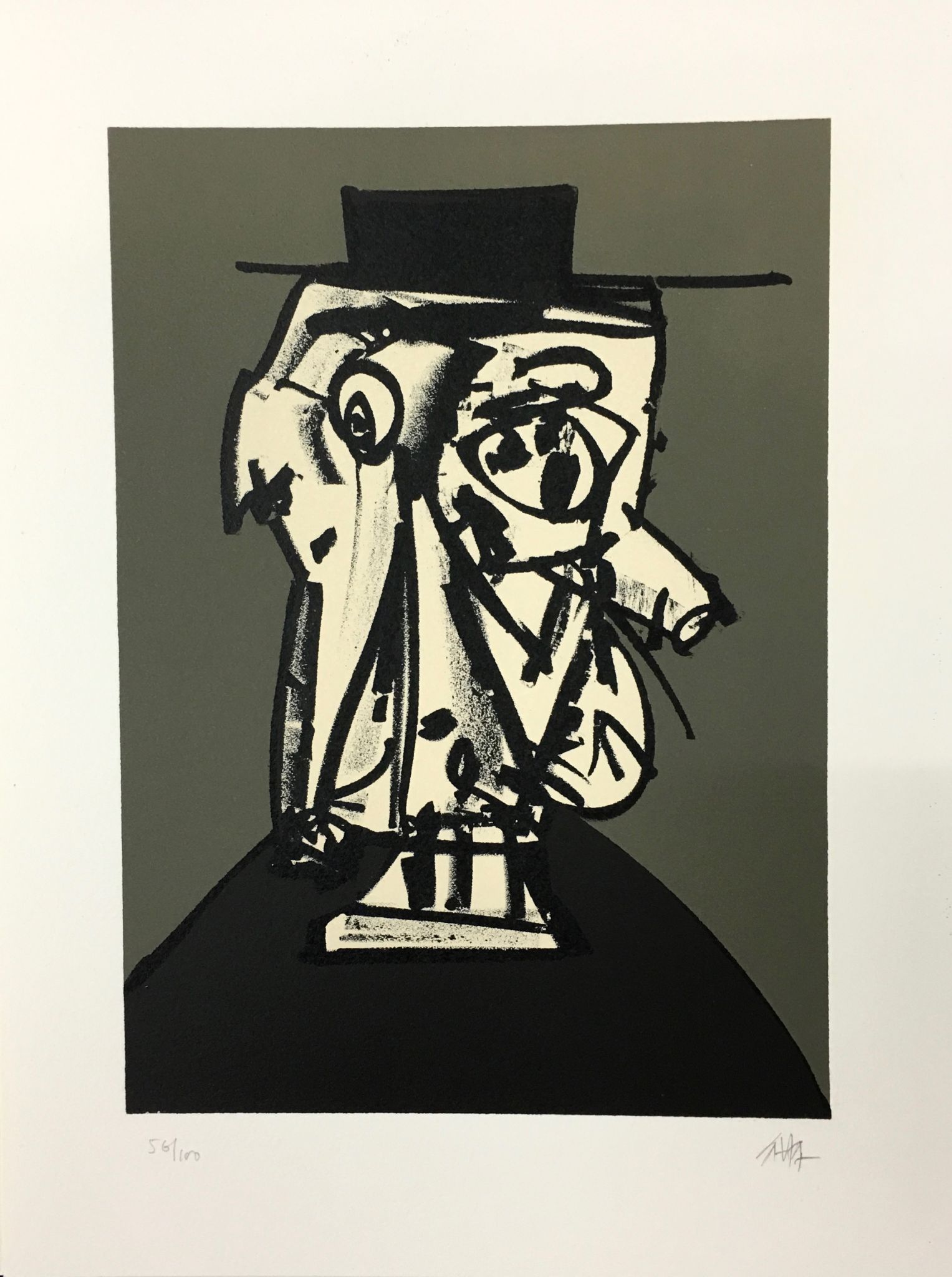 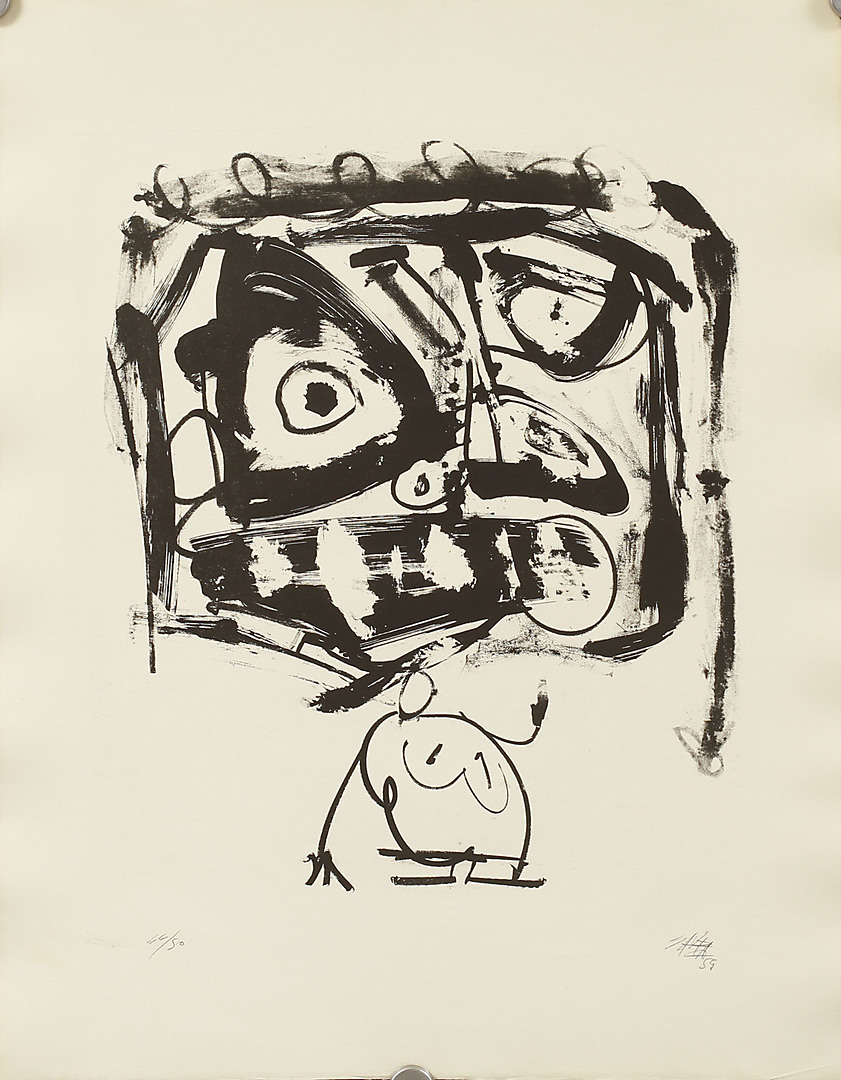 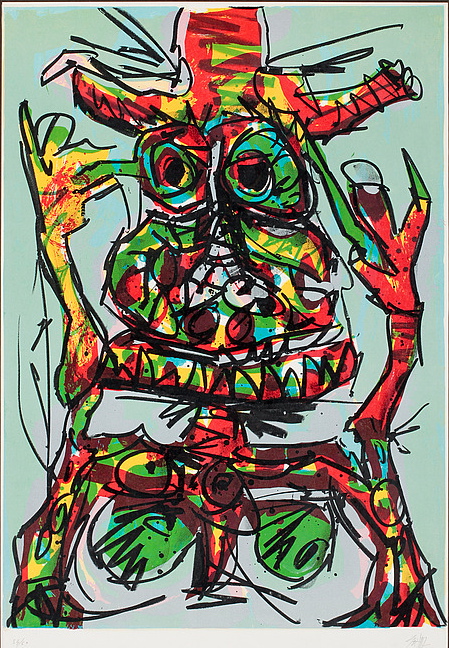 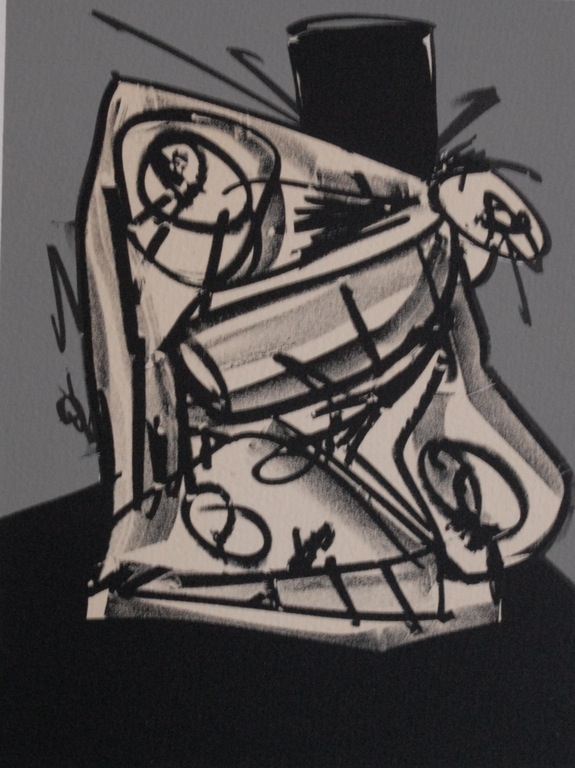 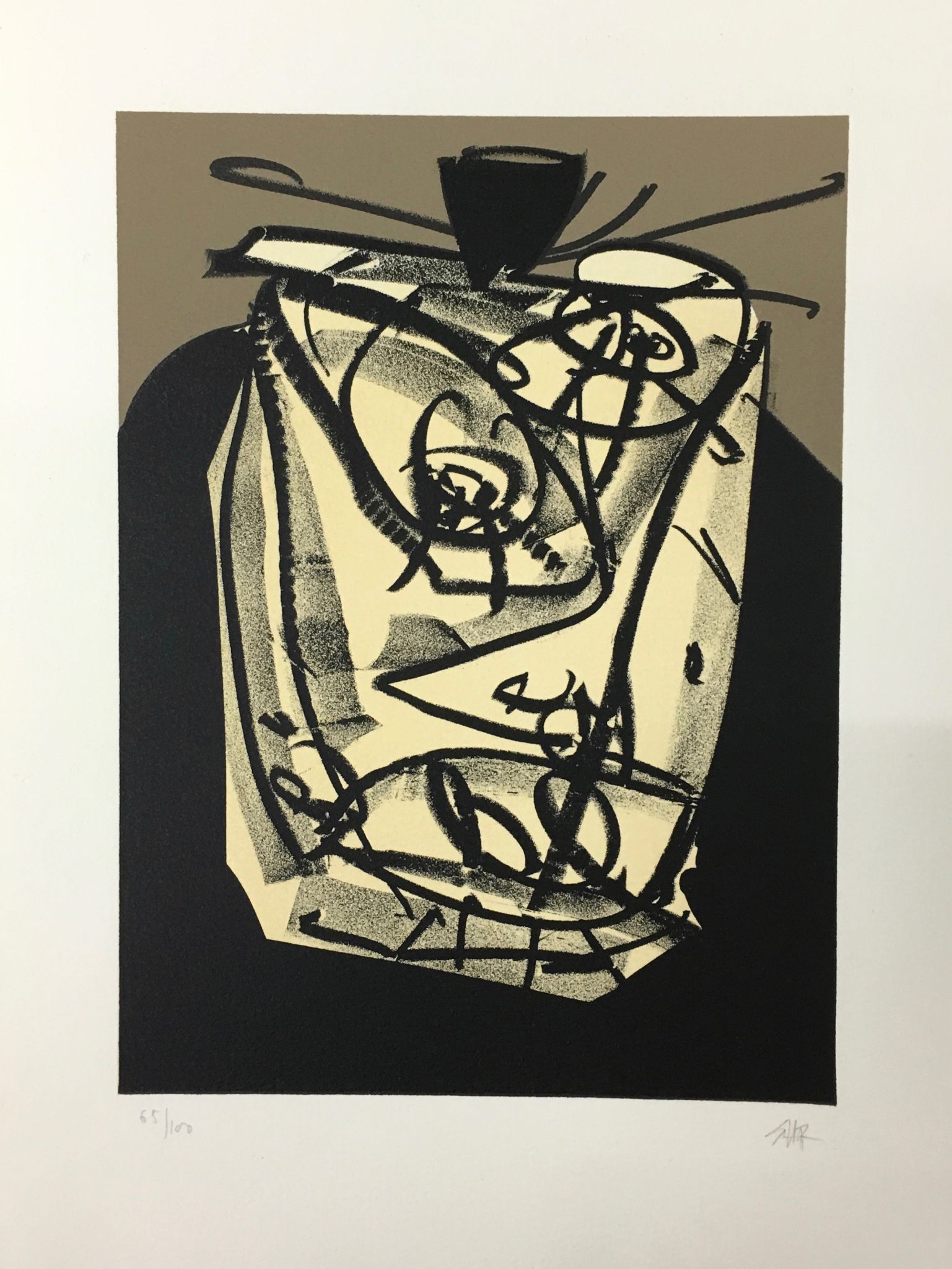 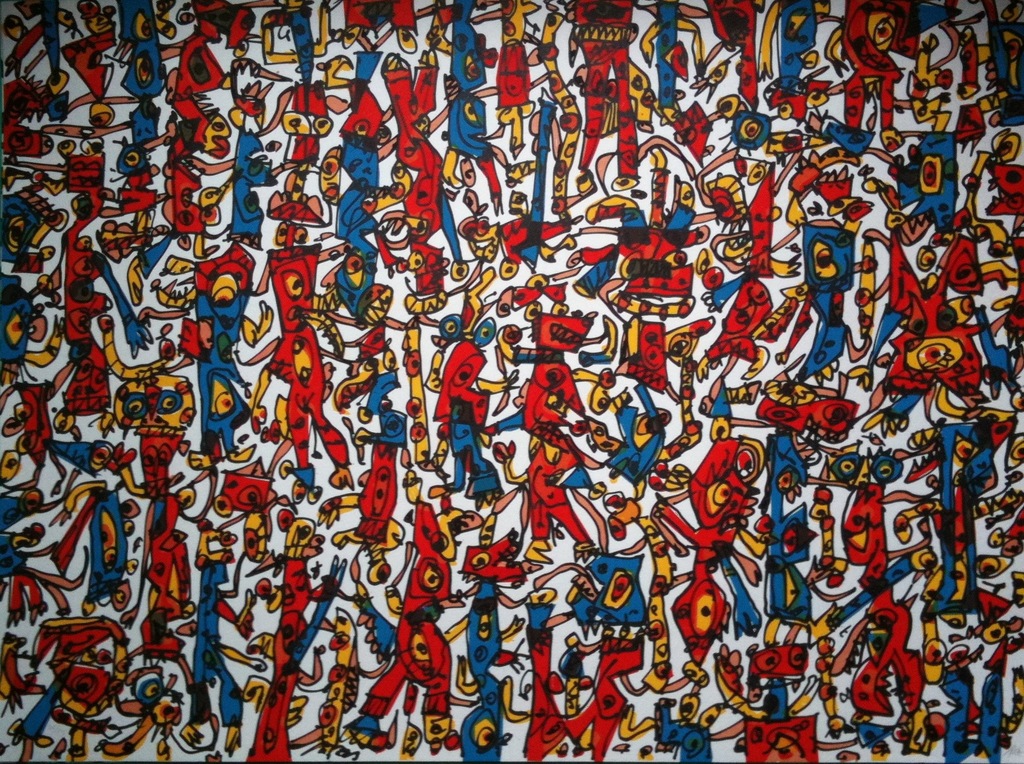 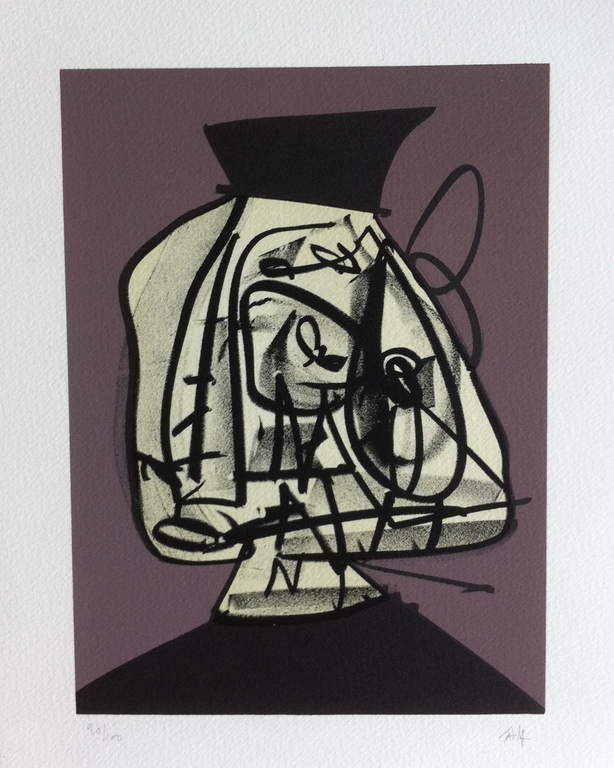 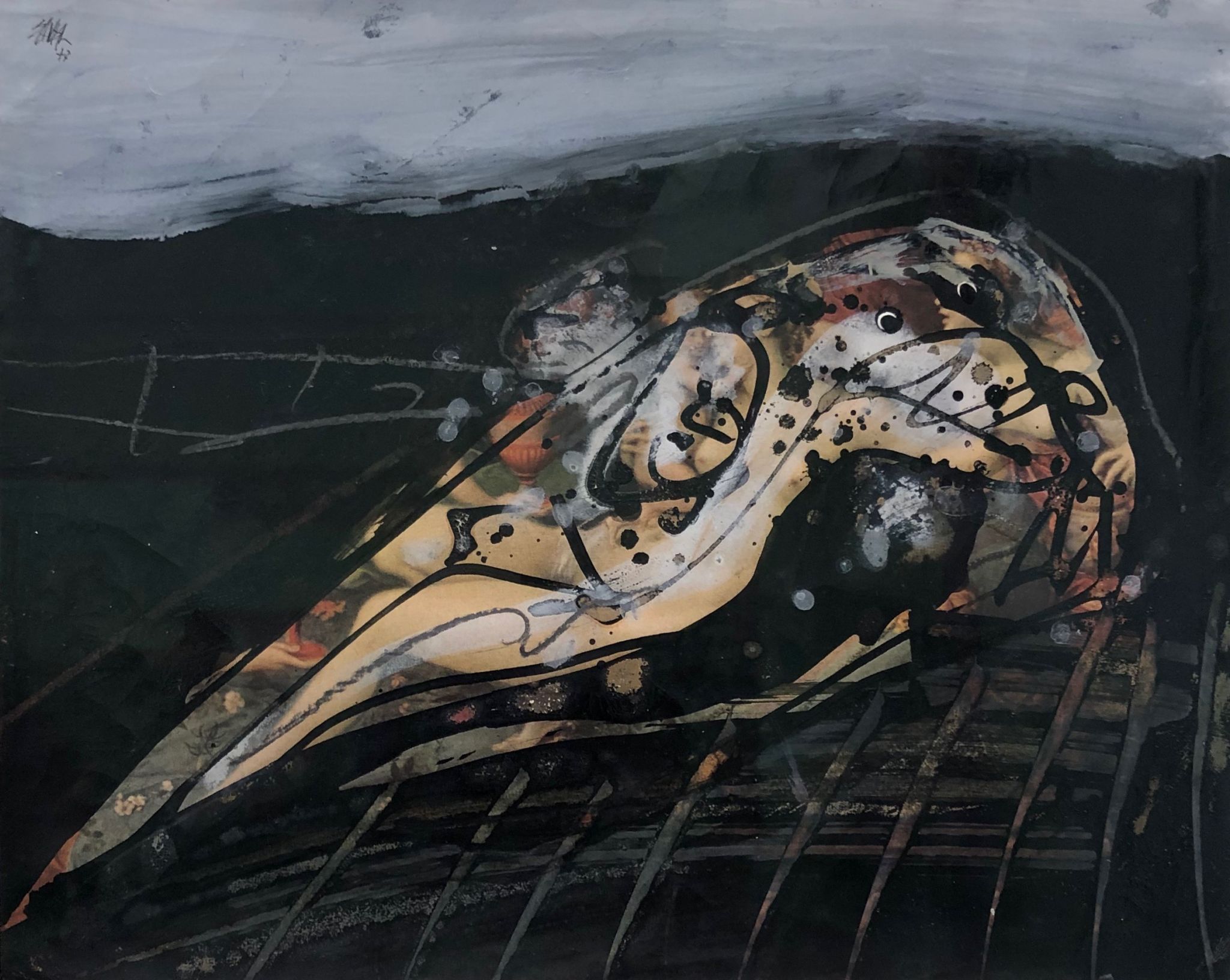 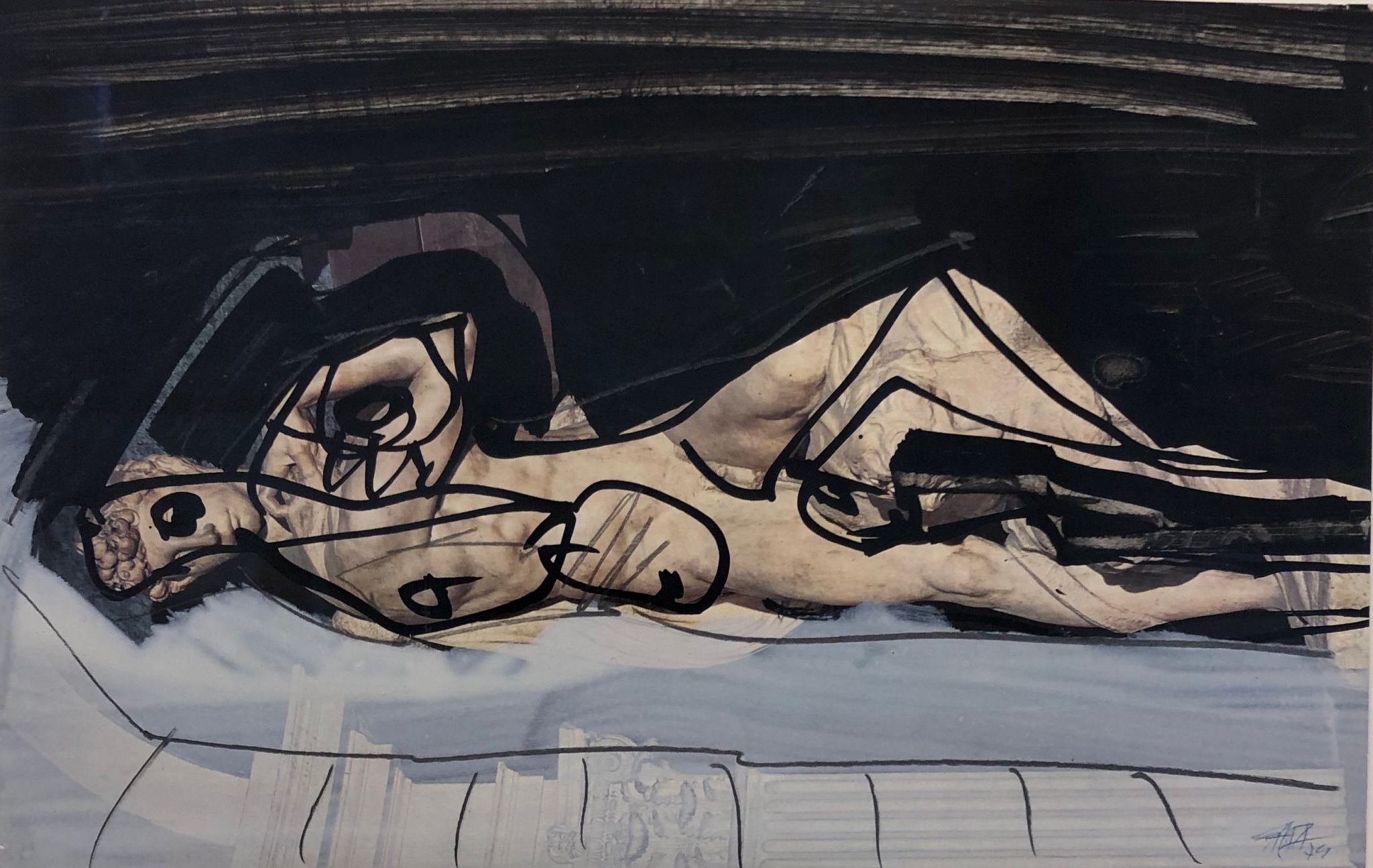 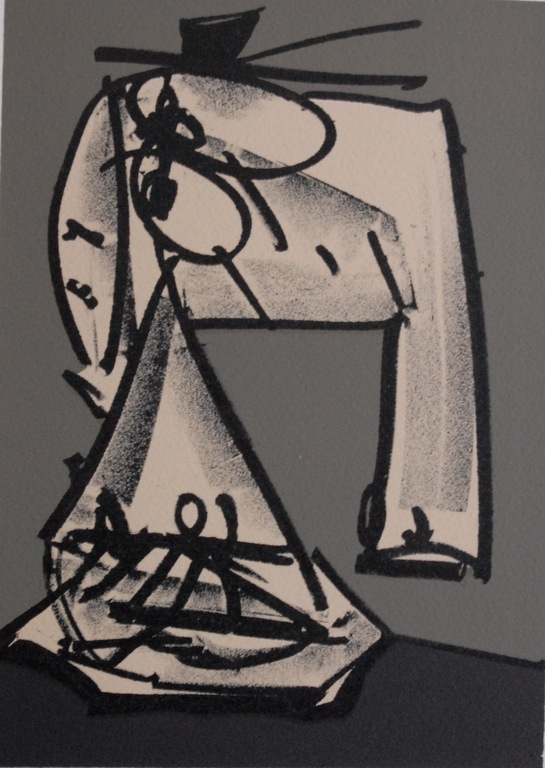 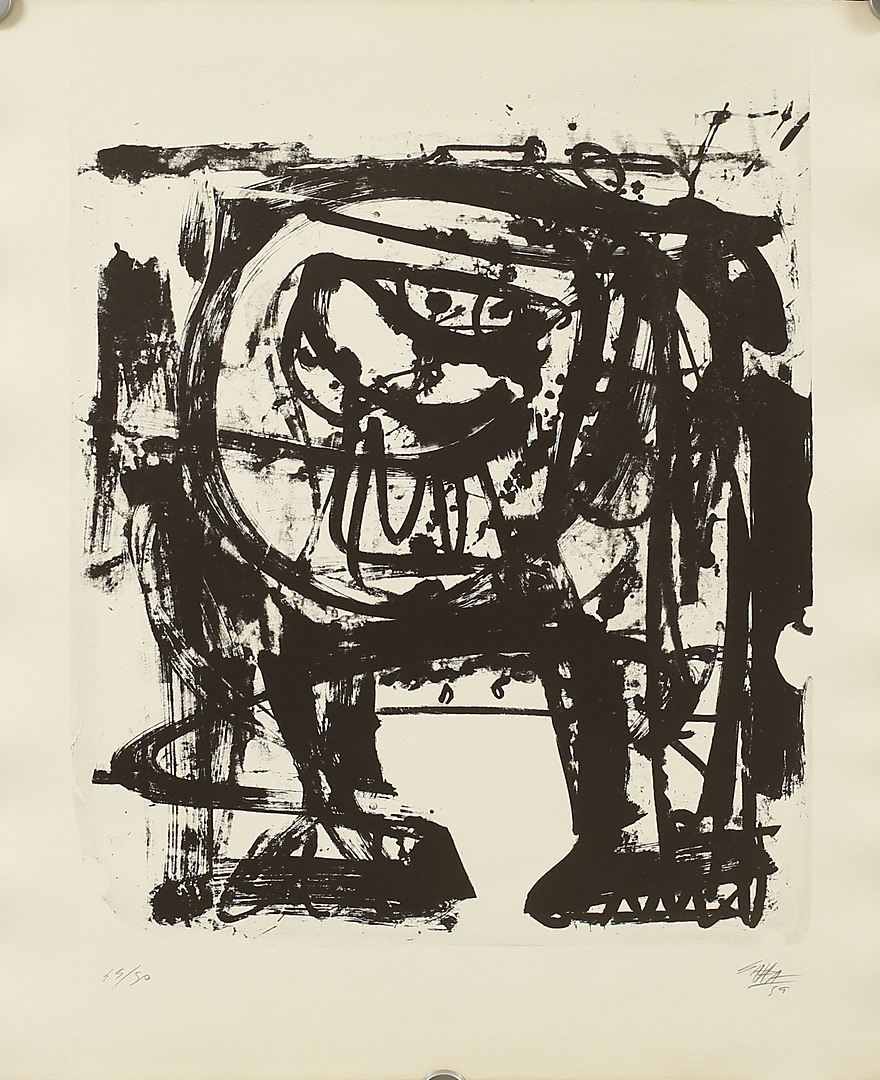 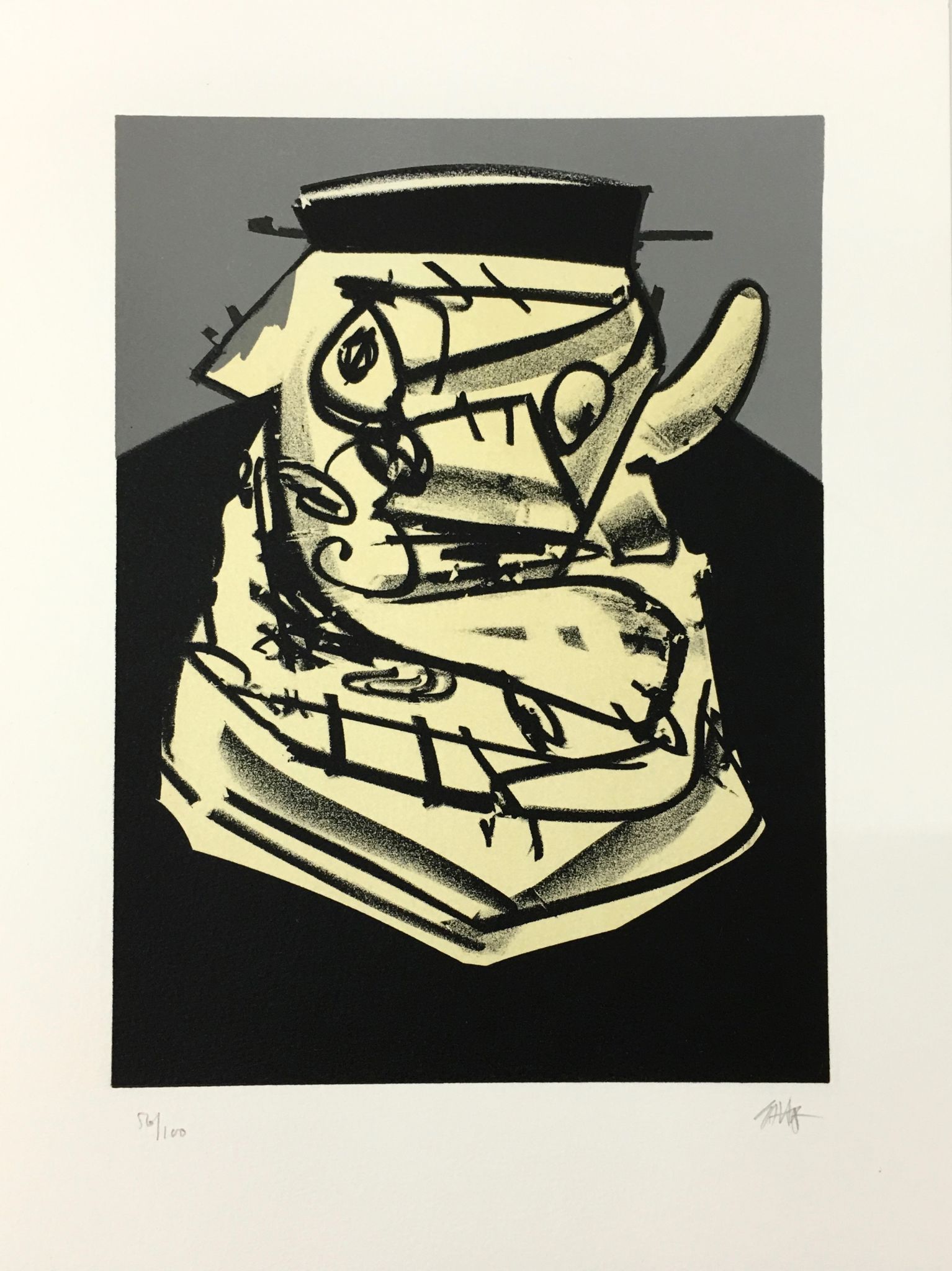 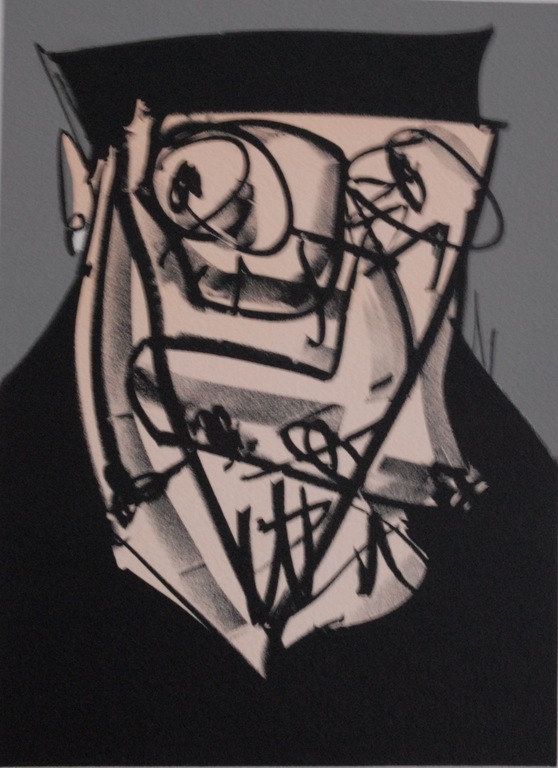 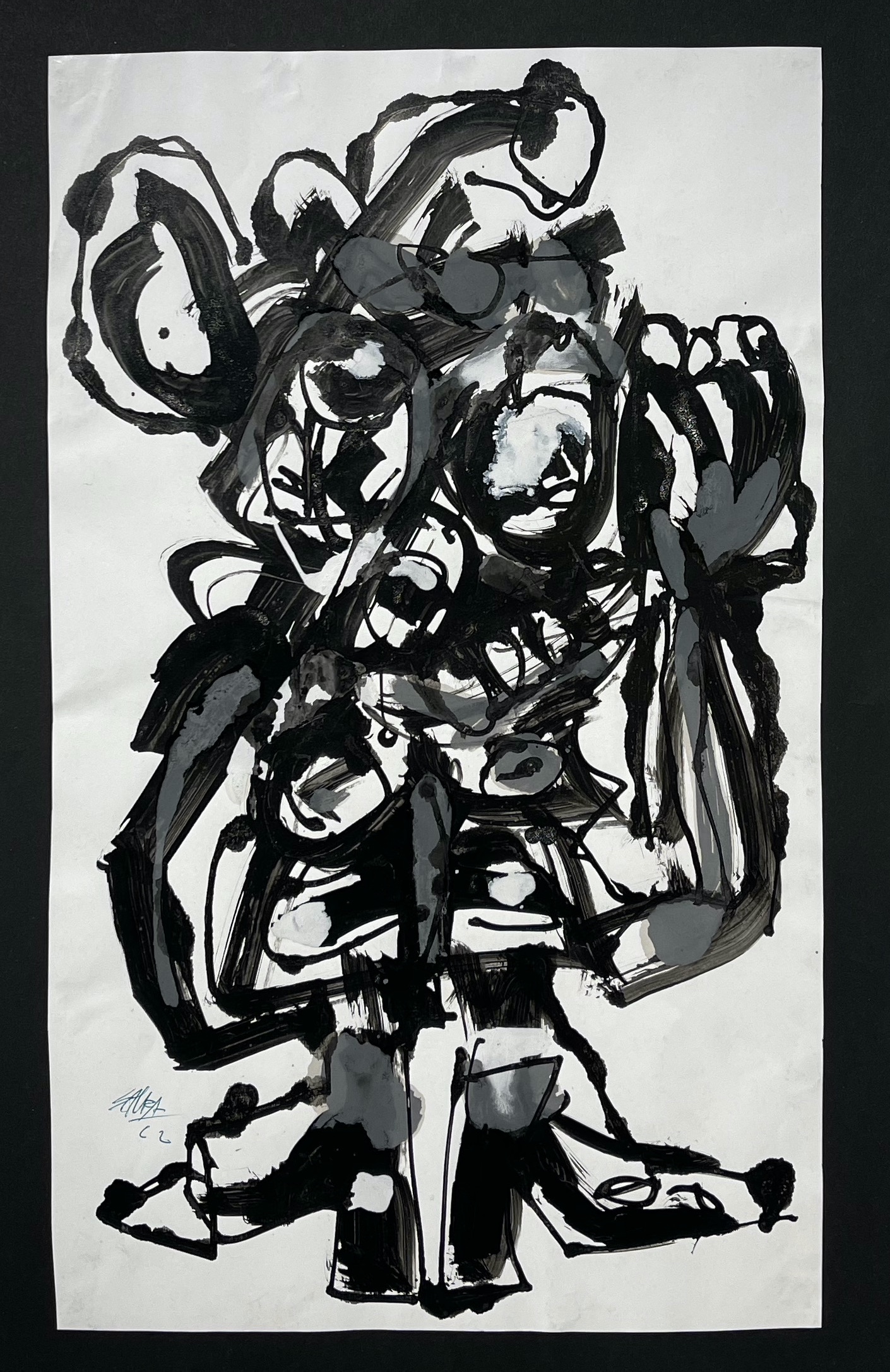 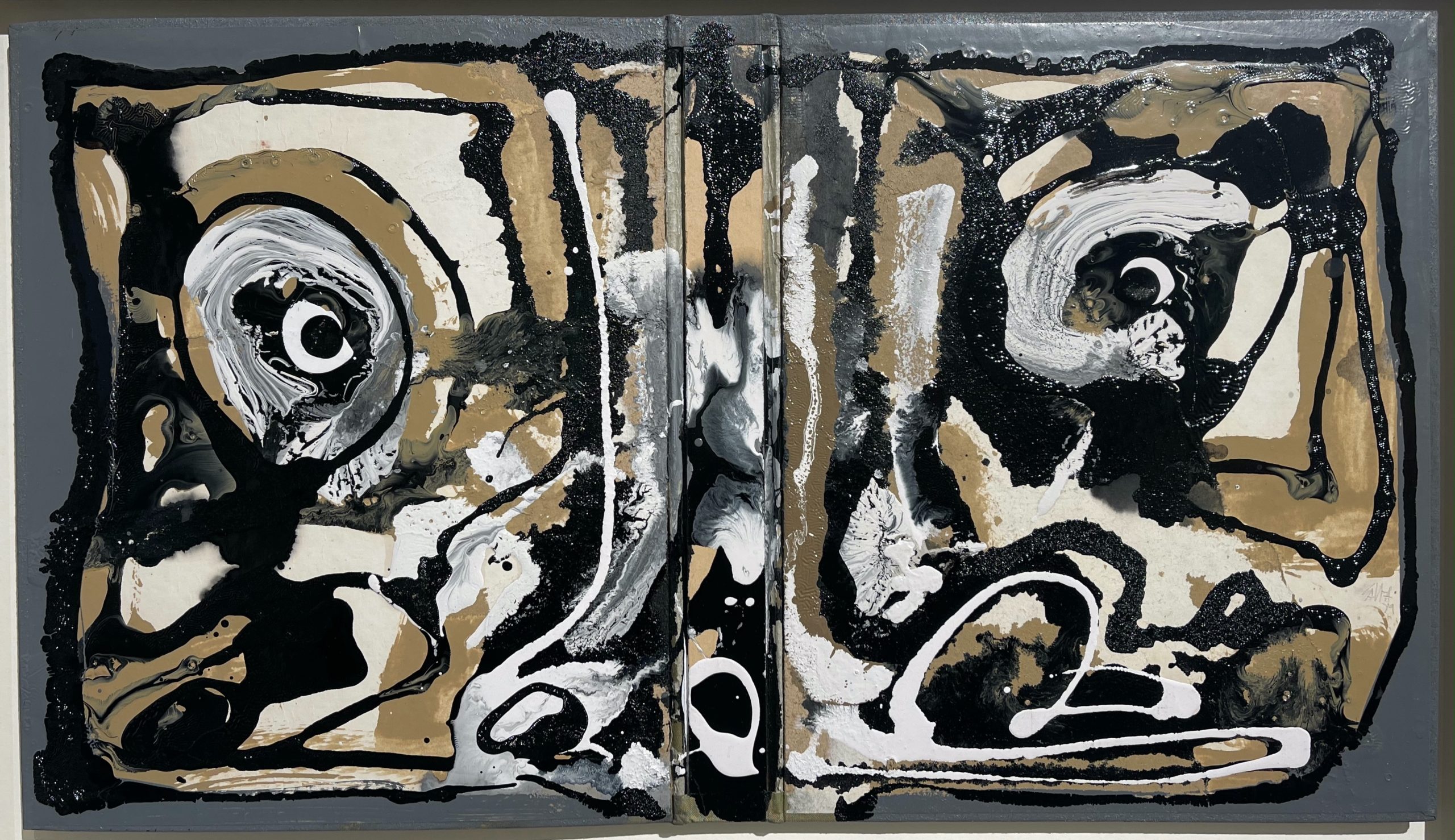 Antonio Saura was born in Huesca in 1930 and died in Cuenca in 1998. He begins painting and writing in 1947 in Madrid while suffering from tuberculosis, having already been confined to his bed for five years. Initial attempts and initial pictorial experiments. Claims Arp and Tanguy as his artistic influences, and already stands out thanks to a highly personal style, creating numerous drawings and paintings with a dreamlike surrealist character that most often represent imaginary landscapes, employing a flat smooth treatment that offers a rich palette of colours.

First appearances of forms that will soon become archetypes of the female body or the human figure. These two fundamental themes are to take up the greater part of his work. Starting in 1956 Saura tackles the register of what will prove to be his great series, Ladies, Nudes, Self-portraits, Shrouds and Crucifixions, which he paints on both canvas and paper.

In Madrid founds the El Pasogroup in 1957 and serves as its director until it breaks up in 1960. Meets Michel Tapié.

First solo exhibition at the Rodolphe Stadler Gallery in Paris, where he will regularly show throughout his life. Stadler will later introduce him to Otto van de Loo in Munich and Pierre Matisse in New York, both of whom will exhibit his work and represent the artist. Now limiting his palette to blacks, greys and browns. Asserts a personal style that is independent of the movements and trends of his generation. His work follows in the tradition of Velasquez and Goya. It soon enters the major museums.

In 1960 begins practicing sculpture, creating works made of welded metal elements which represent the human figure, characters and crucifixions. In 1967 settles permanently in Paris, joins the opposition to the Franco dictatorship and takes part in numerous debates and controversies in the fields of politics, aesthetics and artistic creation. Broadens his thematic and pictorial register. Along with his Femmefauteuil (literally Womanarmchair), the series Imaginary Portraits, Goya’s Dog and Imaginary Portraits of Goya begin to take shape.

In 1971 abandons painting on canvas (which he will take up again in 1979) to devote himself to writing, drawing and painting on paper. In 1977 begins publishing his writings, creates several stage designs for the theatre, ballet and opera. From 1983 to his premature death, revisits and brilliantly develops all of his themes and figures, and produces perhaps the best work in his entire oeuvre.