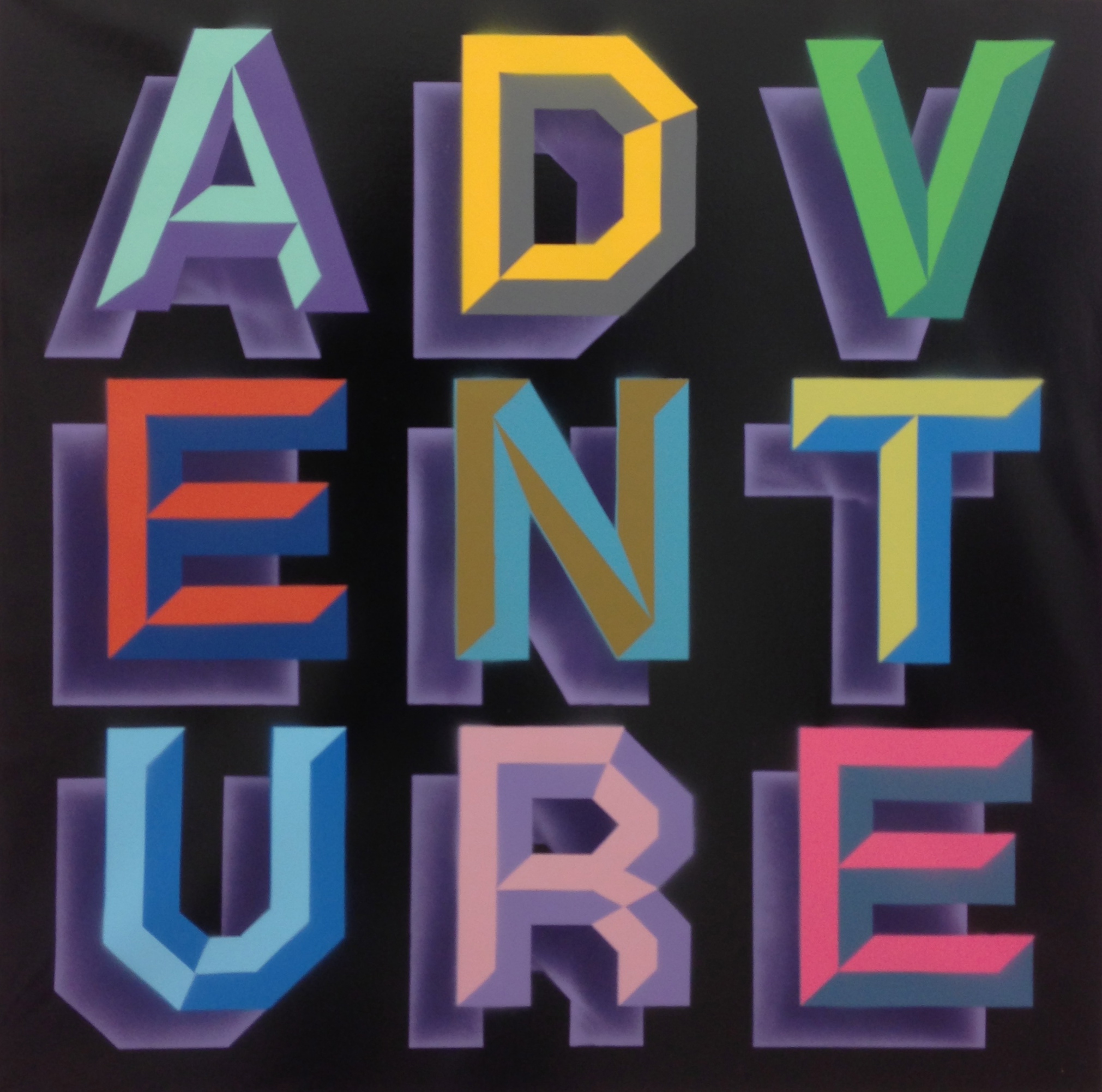 Eine is most notable for his alphabet lettering on shop shutters in London’s Shoreditch, Brick Lane and Broadway Market areas. Some of these letters have been mapped for ease of finding. He has also taken his lettering to the streets of Paris, Stockholm, Hastings and Newcastle upon Tyne.

Prior to becoming involved in commercial graffiti, Eine was a very famous and highly credible writer in the underground London graffiti scene. His unusual ‘throw up’ was created to stand out from the usual tags and dubs seen on the streets and can still be found in some dingy areas of East London.

Inspired by the work of fashion assassin Noki, Eine first started to explore more commercial avenues in a workshop above the Dragon Bar in Lenoard Street, London (now knocked down). Eine produced a number of custom clothing designs notably some custom “VANDALS” sweatshirts and started to explore screen prints eventually working as a screen printer for cult screen print company Pictures On Walls. Eine produced many of the hand pulled prints for artists represented by POW including Banksy, Jamie Hewlett, Mode2, Modern Toss and David Shrigley. His natural talent for colour combinations meant that he was able to enhance the work supplied by the artists. He left this position to pursue his own solo career in 2008.

At this time Eine contributed to sticker graffiti and was prolific in East London with his neon and black EINE stickers (multiple EINE names).

Eine first came to prominence in the “commercial” graffiti scene through his symbiotic partnership with London graffiti artist Banksy; through Eine, Banksy was able to access the underground scene and through Banksy Eine accessed the commercial world.

In his commercial work he has produced numerous lettering styles including: shutter, circus, neon, elton, vandalism and wendy.

In 2007, the Tower Hamlets Partnership began to survey residents of Brick Lane to ask whether they considered his graffiti offensive and should be removed.

In January 2008, Eine was featured in an article in London’s Time Out magazine as one of the six best new street artists working in the capital.

There is a chapter on Eine in Street Renegades: New Underground Art[7] by Francesca Gavin and he is also featured in The Art Of Rebellion 2: World Of Urban Art Activism[8] by Christian Hundertmark, and he was featured in Sebastian Peiter’s documentary ‘Guerilla Art’.

In July 2010, President Barack Obama was presented with a painting by Eine, Twenty First Century City, as an official gift from the British Prime Minister. David Cameron.

In May 2010 Ben Eine painted a complete alphabet on Middlesex Street in East London, which was re-christened Alphabet Street by the residents and described by The Times as “a street now internationally recognized as a living piece of art with direct links to The White House.”

EINE’s most recent solo show (March 2011) at White Walls gallery in San Francisco sold out prior to opening. He was also included in the biggest exhibition of street art to date “Art in the Streets” at MOCA, Los Angeles (April 2011).

In 2011 EINE was invited by Amnesty International to design their 50th anniversary poster, joining other artists such as Picasso and Miro in supporting the charity through art. Eine continues to produce canvasses and screen prints from his studio in Hastings and aims to travel the world painting his colourful letters and statements on shutters and walls wherever he can.

Eine’s lettering is often featured in magazines and promotional material. His work was used prominently by pop group Alphabeat and features in Duffy’s music video for “Stepping Stone” and also, briefly, in Snow Patrol’s video for “Take Back the City”.