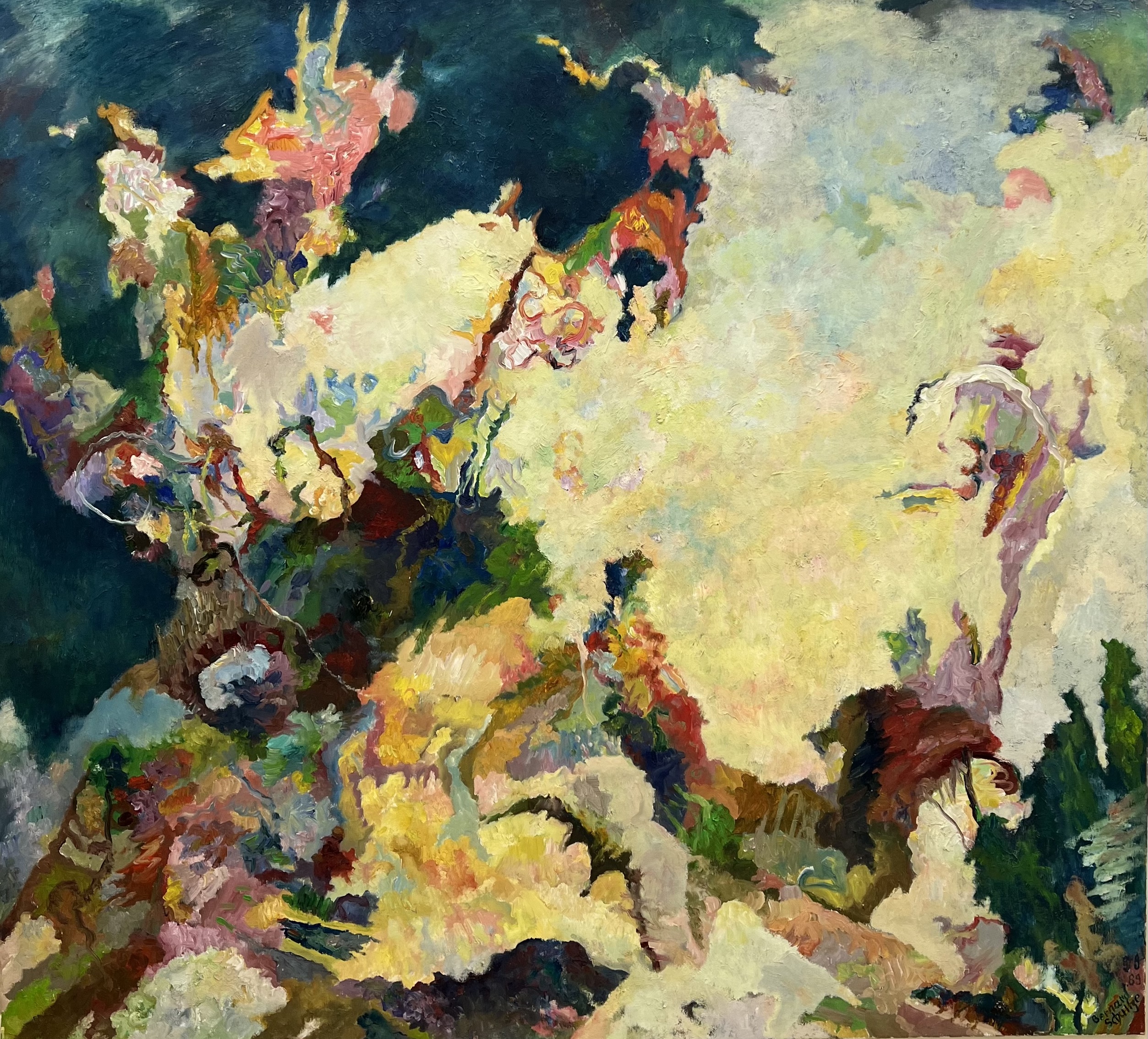 Bernard Schultze (31 May 1915 in Schneidemühl, now Piła, Poland – 14 April 2005 in Cologne) was a German painter who co-founded the Quadriga group of artists along with Karl Otto Götz and two other artists. On 7 July 1955 he married another painter named Ursula Bluhm.

Schultze’s earlier works, produced before 1945, were destroyed as a result of a 1945 air raid on Berlin.

His work is included in the collection of the Tate Museum, London.