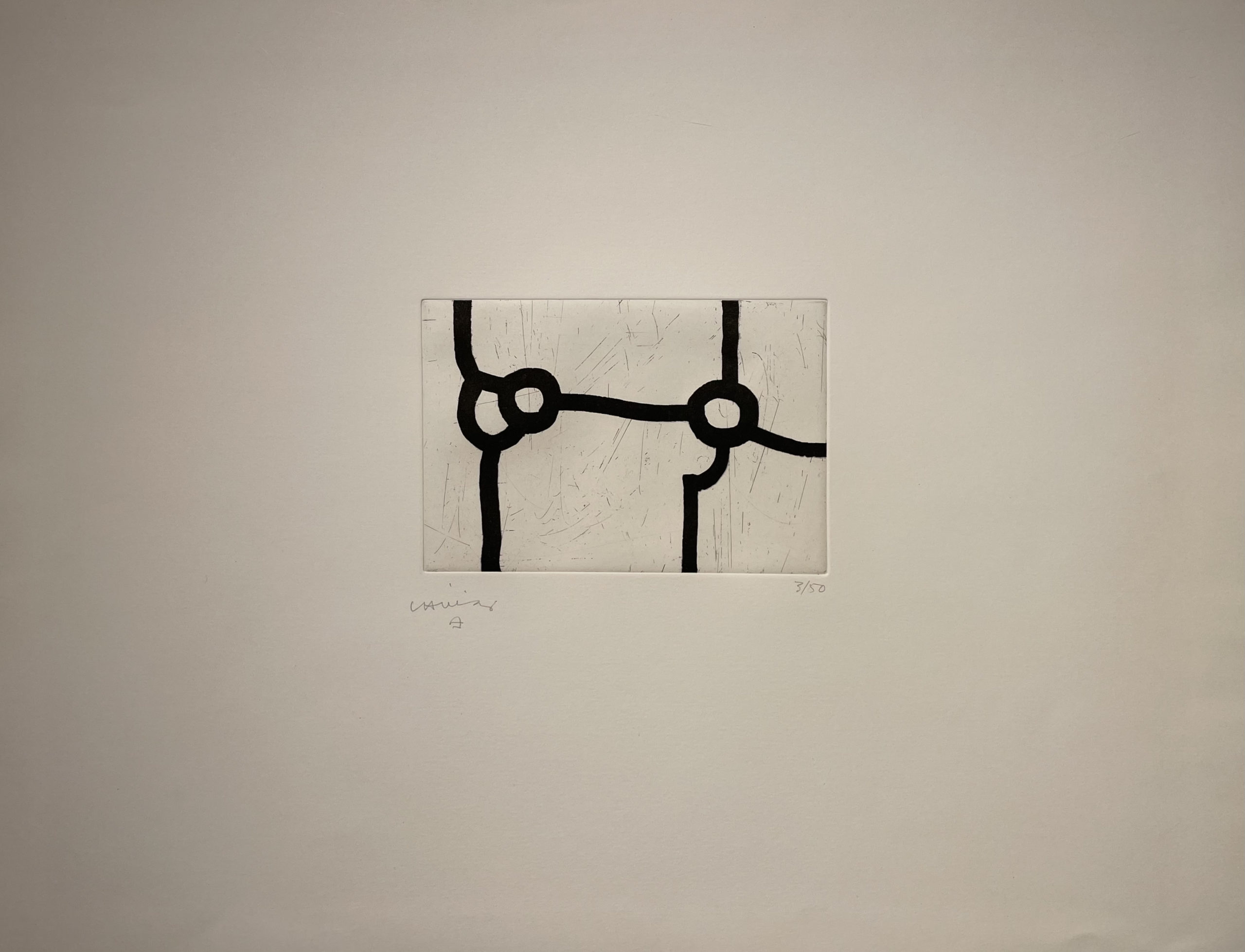 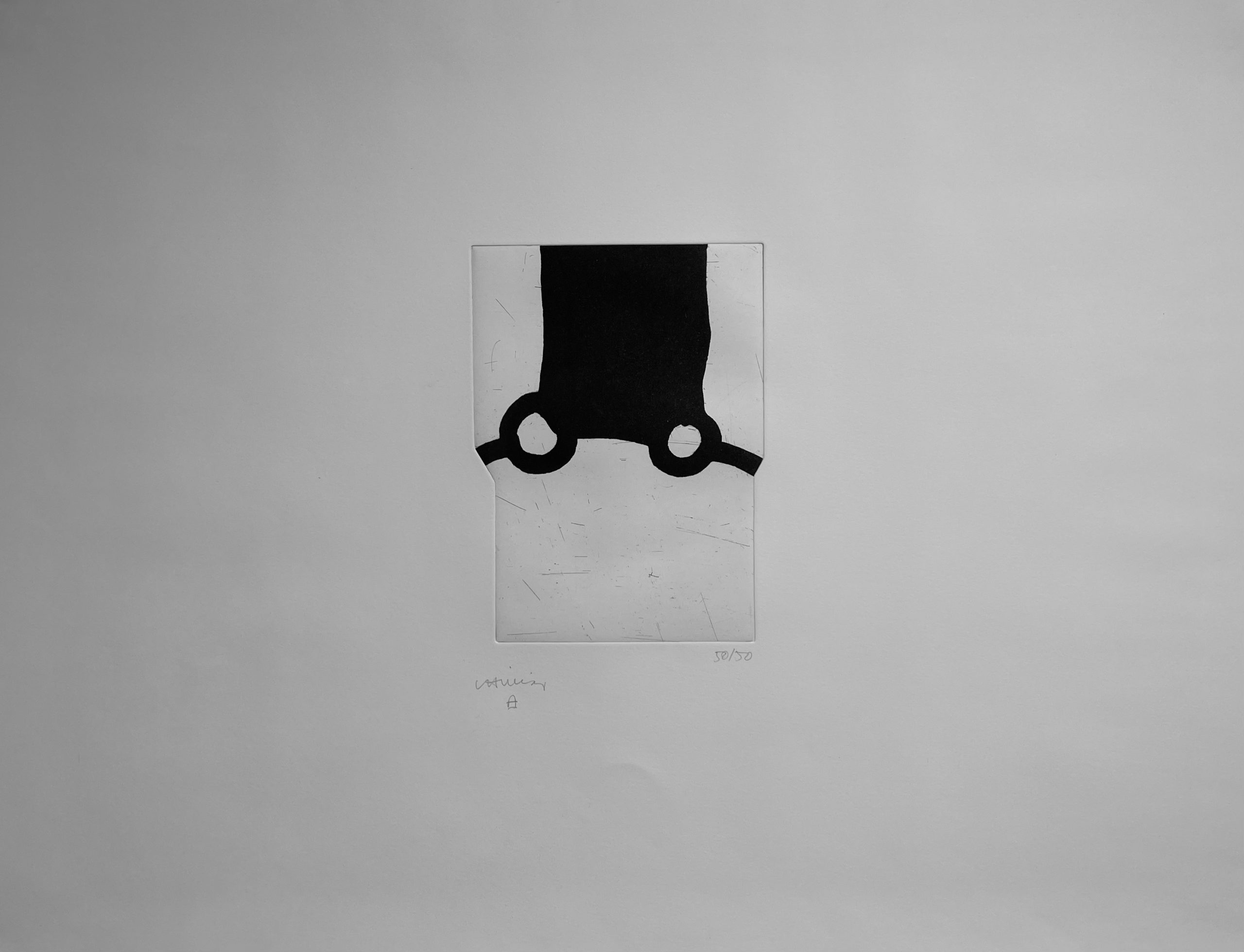 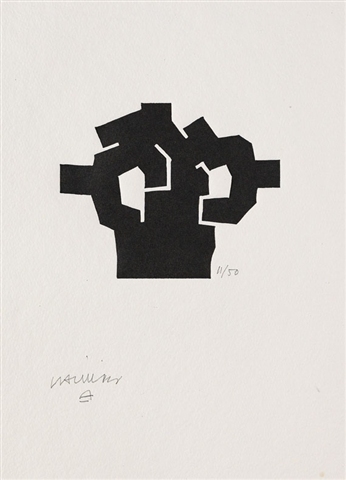 Began his career in 1943 studying architecture at the University of Madrid, but in 1947 he turned to drawing and sculpture and by 1948 had moved to Paris, the perceived capital of the arts. Although he abandoned his studies, his oeuvre betrays his architectural training, displaying an underlying sense of structural organization as well as discipline in materials, planning of spatial relationships, and scaling of elements. Through the years the artist turned to materials that informed his investigations of conceptual questions and metaphysical concerns. Chillida’s early attempts in stone and plaster oscillated between the human and the natural world using figures and landscape imagery. His return to the Basque country in 1951 signaled a change in vision and medium, focusing more on the metamorphosis of space and the definition of spatial volume through form.

Chillida soon abandoned the plaster he used in his Paris works in favor of iron, then wood and steel. These materials represent Basque traditions in industry, architecture, and agriculture, as well as recall the landscape and “black light” of the region. Constructed solely of steel, Advice to Space V represents meditations on the differing experiences and interpretations of infinite space and depth. This piece combines an organic, sculptural quality with a lightness that is unique to his steel works. Transforming his ideas about space into abstract material form, Chillida realizes explorations of density, scale, and rhythm.

Travels to Greece, Rome, Umbria, Tuscany, and Provence in the 1960s ignited what would be a lifelong interest in the relationship between light and architecture. Chillida sought to capture a quality of light he had initially encountered in artworks at the Louvre. He began to use alabaster for its illuminated yet veiled appearance, its ability to simultaneously reveal and conceal, not unlike the atmospheric, dark, and foggy glow of Chillida’s homeland. How Profound Is the Air combines the roughly hewn, natural exterior of the stone with a highly finished, interior architectural space. The memorably poetic title is a reference to writer Jorge Guillén and reveals the sculptor’s attitude toward space, or air, which to him is a material as essential as stone or wood. In the words of the artist:

“Space must be conceived in terms of plastic volume. . . . Form springs spontaneously from the needs of the space that builds its dwelling like an animal its shell. Just like this animal I am also an architect of the void.”