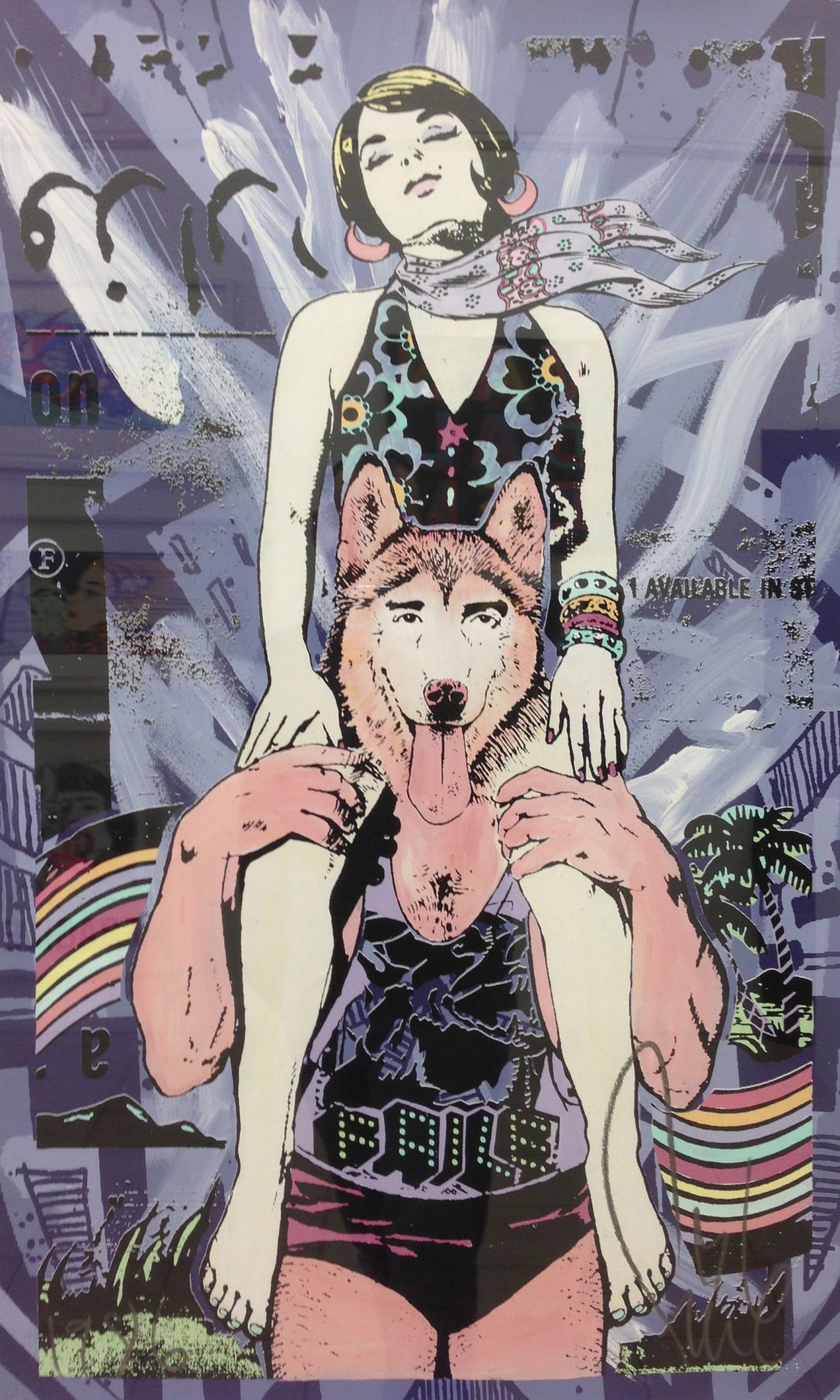 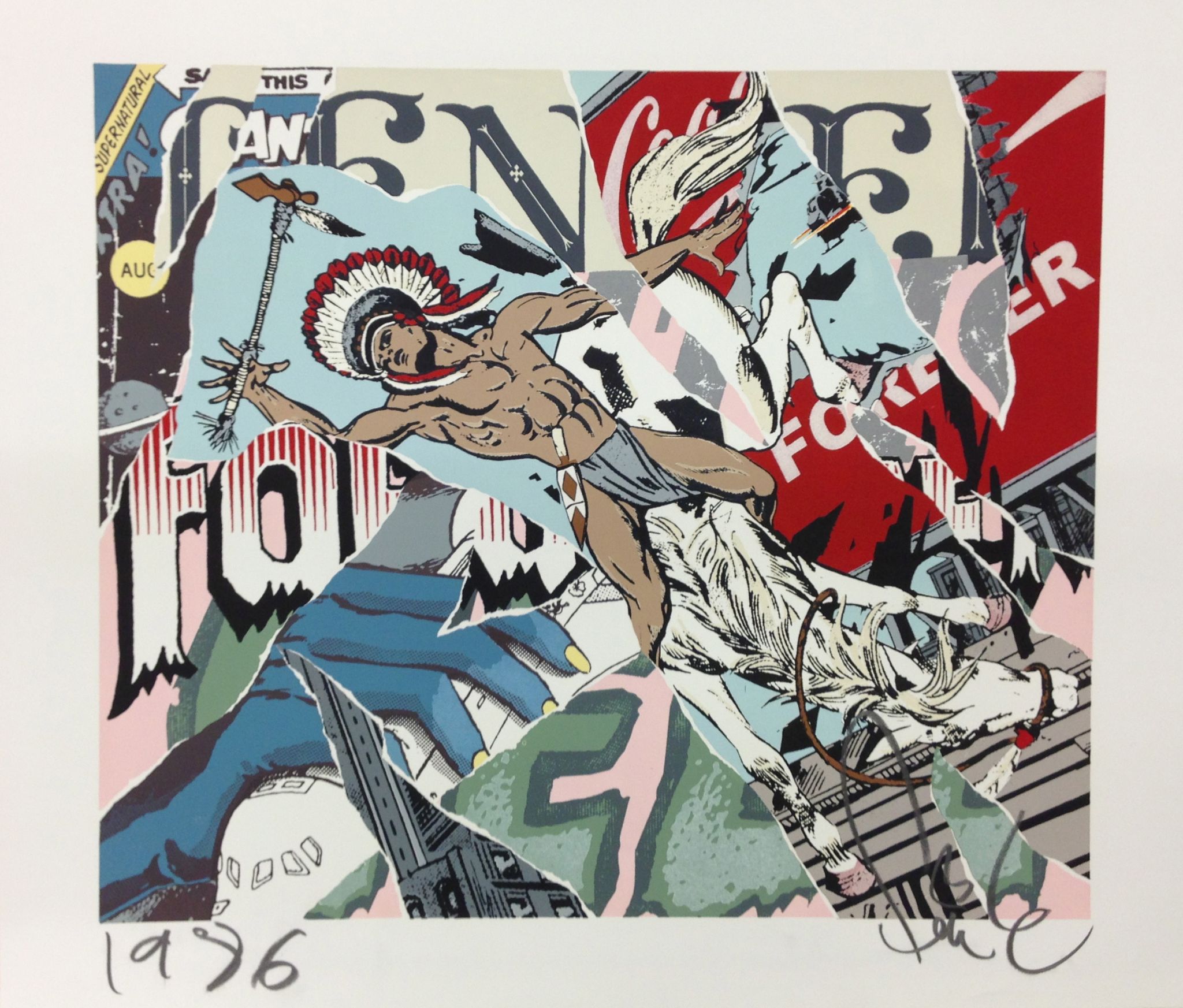 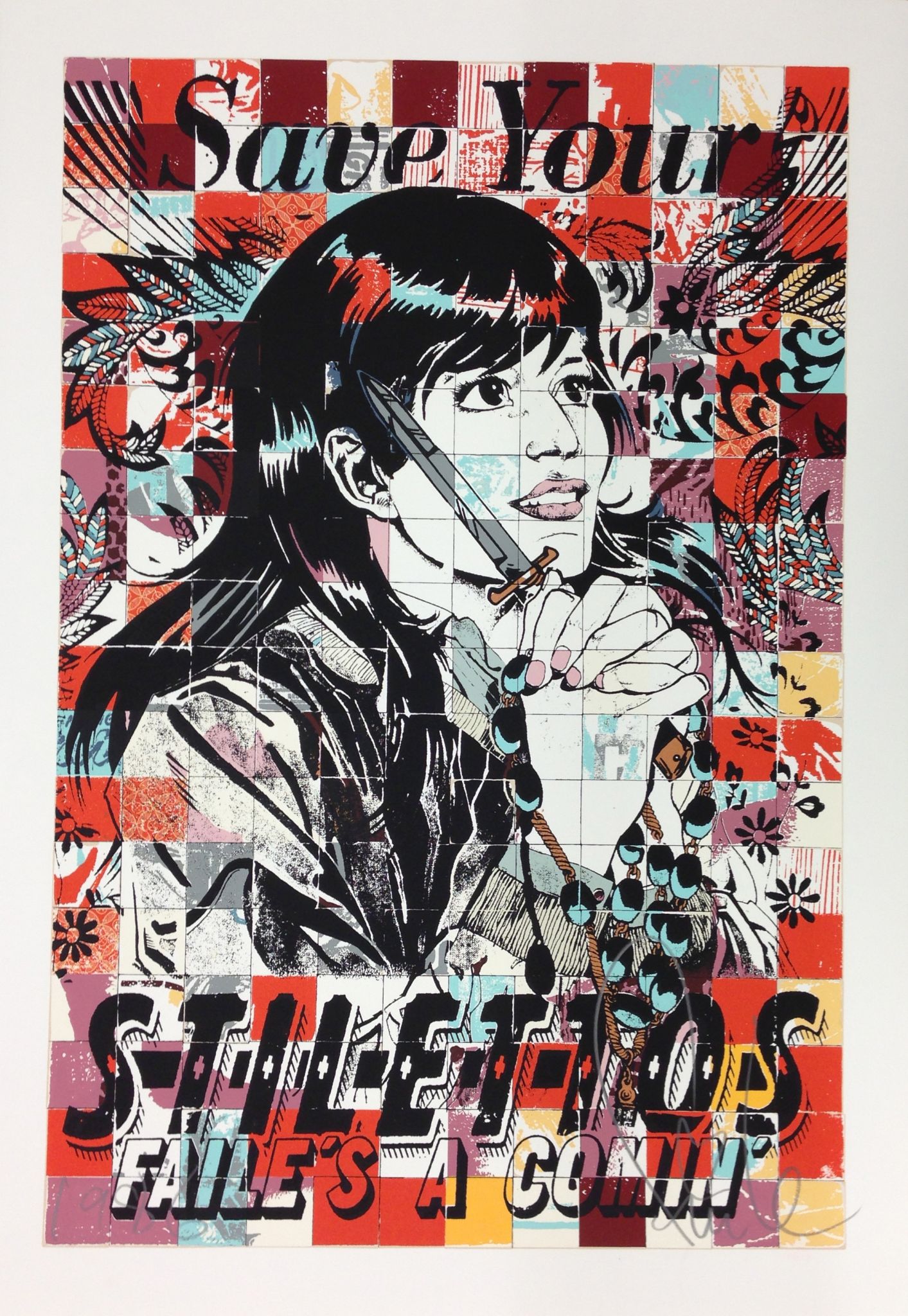 Faile is a New York based collective of artists who are one of the most popular and recognizable international producers of street-displayed artwork.

They formed in the late 1990’s from three founding members Patrick McNeil, Patrick Miller, and Aiko Nakagawa. Their first projects on the street had the title A Life, of which their name Faile was an anagram. The name was also an acknowledgement of the inevitable process of deterioration that an artwork suffered when exposed to the elements.

Faile take their inspiration from the detritus of city walls, using the decay of advertising and flyposting to provide a platform to present their own take on the world of found imagery.

From initially wheatpasting screen printed posters on the streets of New York and major world cities, they progressed to the more permanent medium of stencil graffiti. Their instantly recognisable pop culture images in posters and stencils have allowed Faile to diversify into other areas encompassing fine art, sculpture, design, fashion, music, and housewares. Despite this, the core of their work remains printmaking, stencilling, and painting.

In May 2008 they were invited to produce work for the exterior of London’s Tate Modern gallery as part of their Street Art exhibition. In 2007 their shows in London and New York sold out instantly.