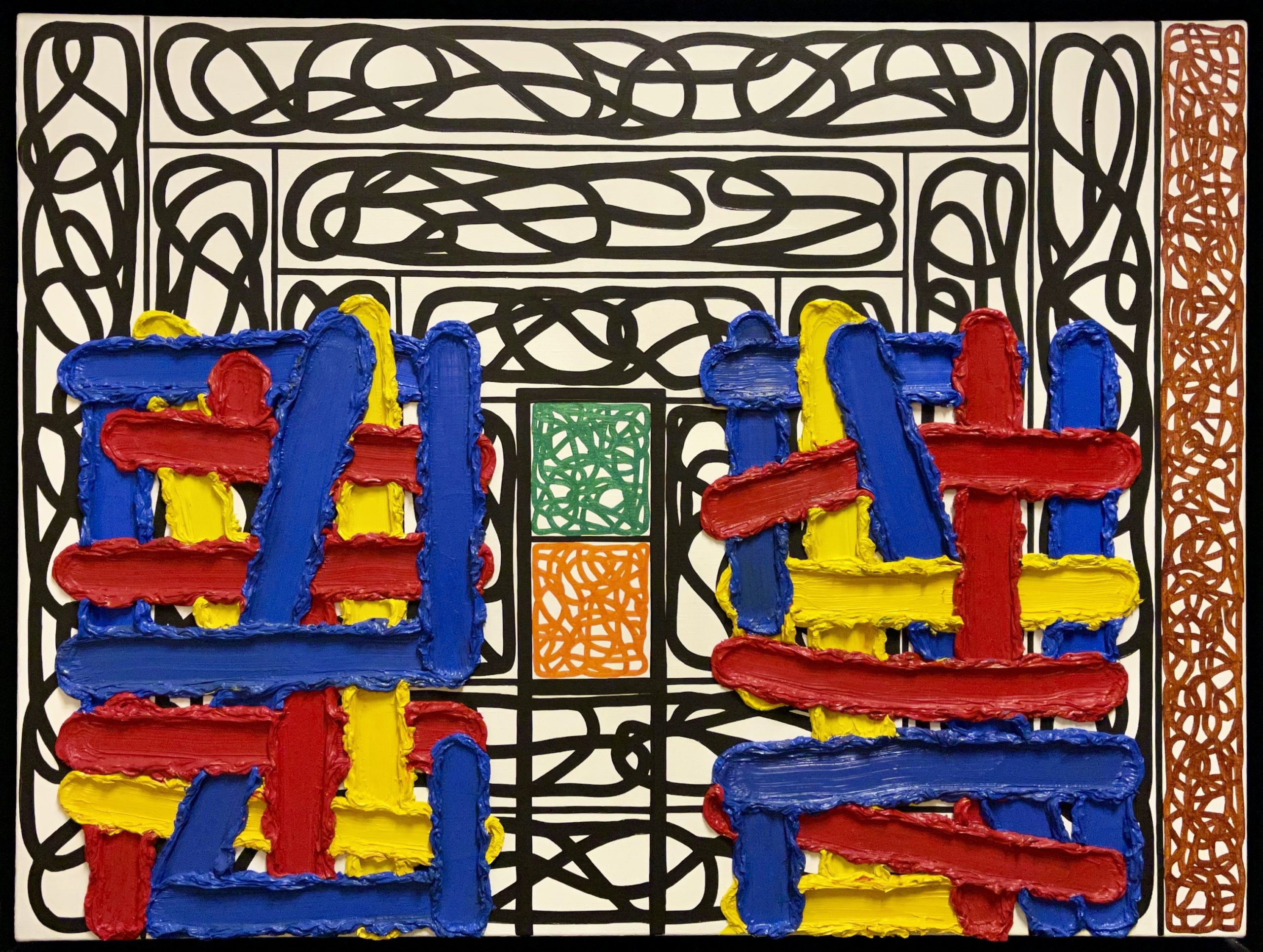 Misc: Signed, titled, dated at the back

Born in Jersey City, New Jersey in 1948, Jonathan Lasker is one of the most influential painters of his generation. He attended the School of Visual Arts in New York and CalArts in Valencia, California in the late 1970s.

“Over the last thirty years Jonathan Lasker has produced a body of work that, while operating within the general framework of late modernist painting and drawing practice, has mounted a serious challenge to painting’s status quo. In doing so, he has, as much as anyone, maintained the vitality and validity of contemporary abstraction … In Lasker’s work, images … are part of a larger schema, but independent in terms of form, colour, texture, and manner of paint application. Each image becomes a thing itself, an element to be examined, experienced and categorized; a component of the larger grammatical structure that Lasker has built.” – Richard Kalina