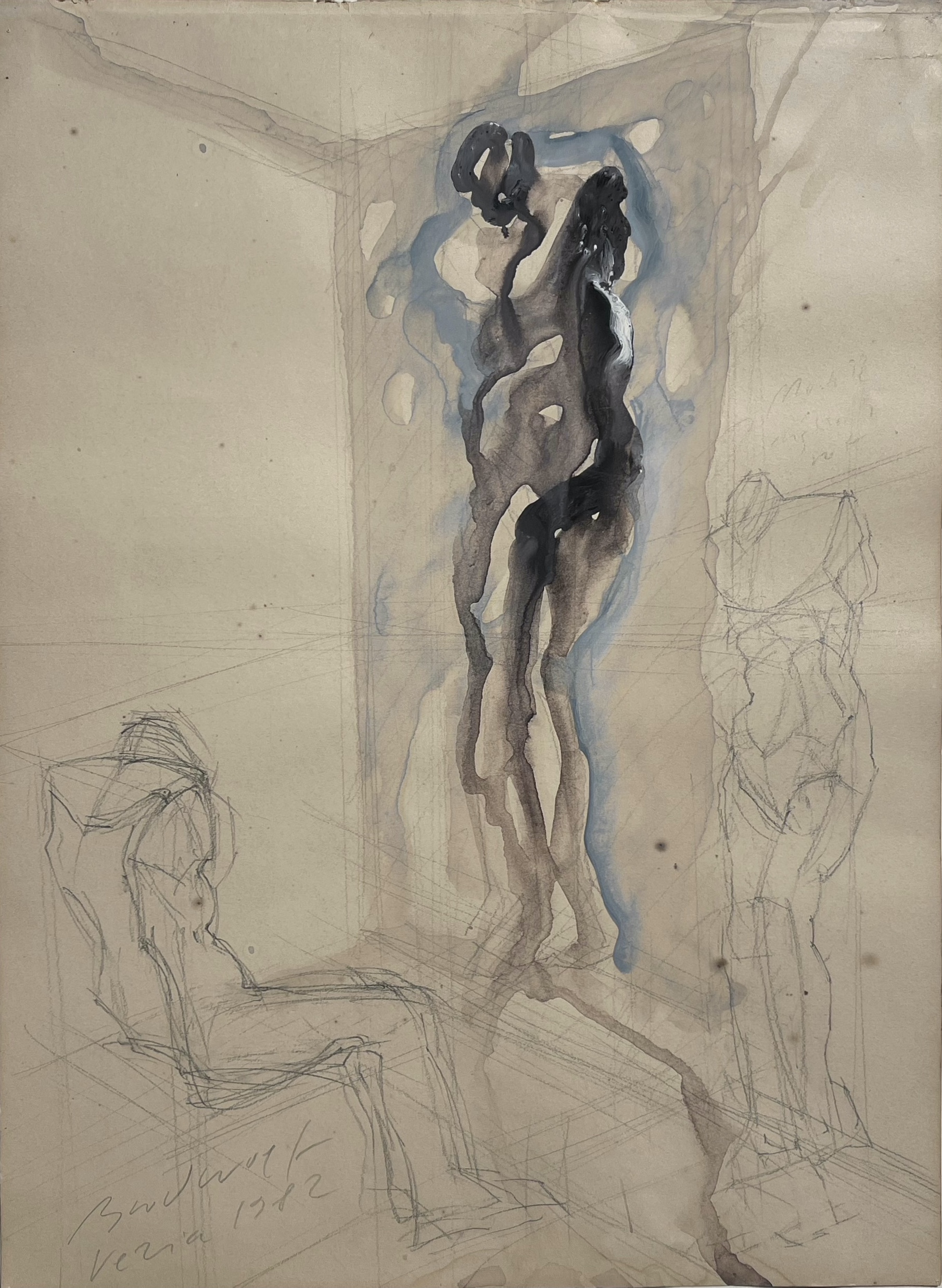 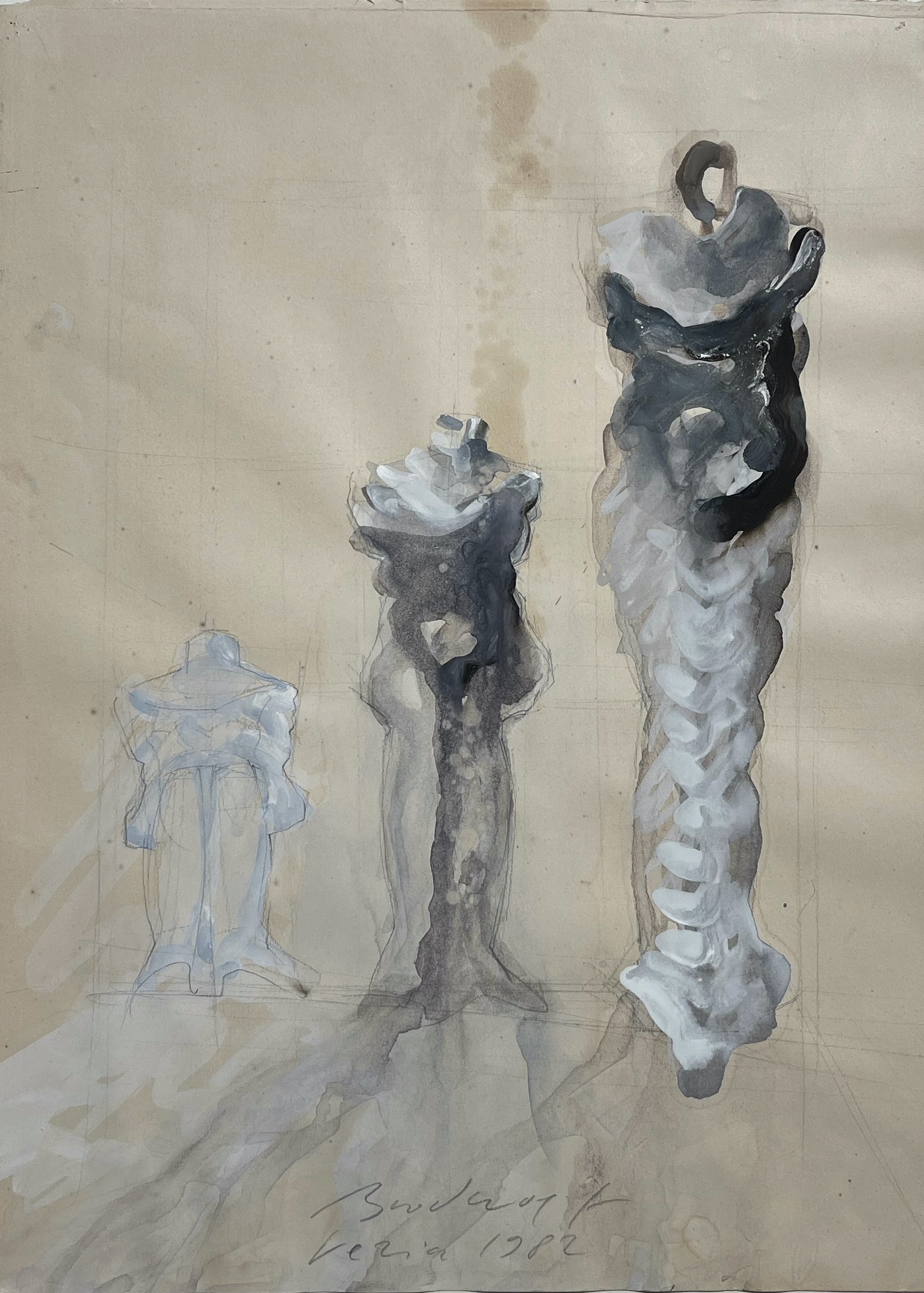 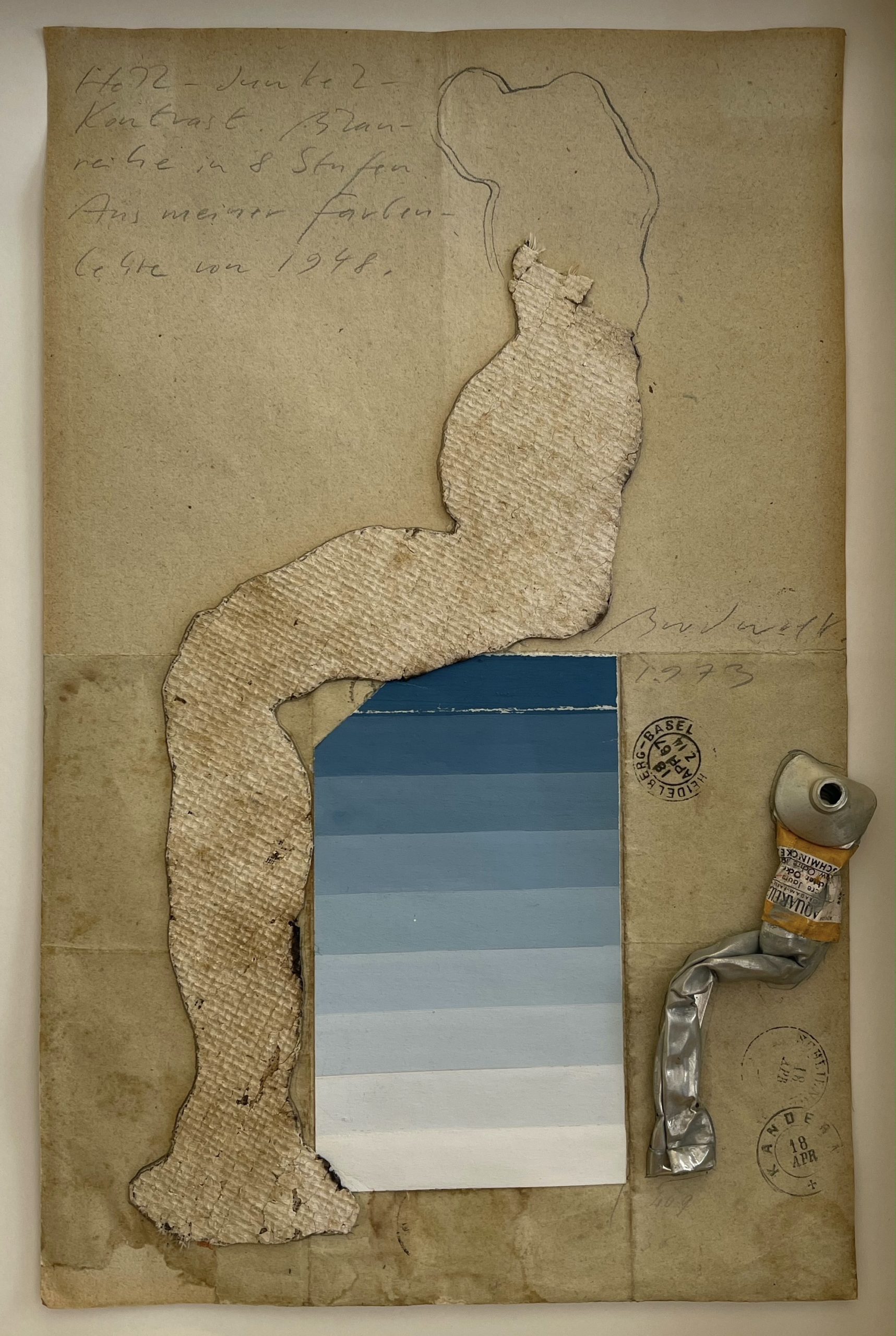 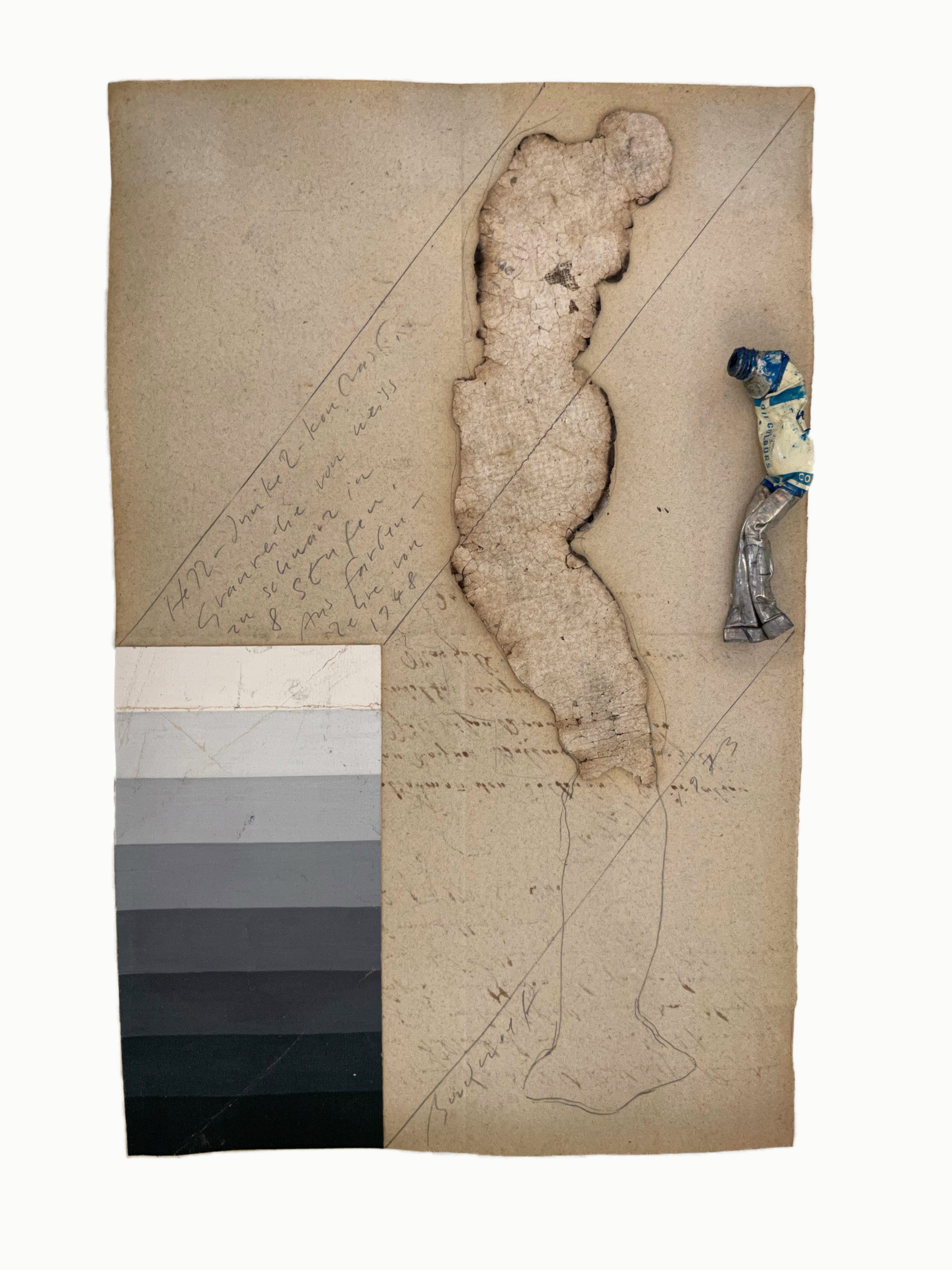 From 1948 to 1952 Jurgen Brodwolf studied to be a drawer and lithographer. In 1953 he travelled to Paris, where he made his first autodidactic attempts in painting and made his first contacts with art informel. In 1954 Jurgen Brodwolf settled in Brienz, where he first worked as a graphic artist and later as a restorer of medieval frescos.
Since 1956 the artist has mainly worked as a glass painter. His drawings, pictures and sculptures reflect all these experiences. From 1959 the figure became the characteristic trademark of his work. In 1959 he also discovered the so-called “Tubenfigur”, squeezed-out tubes with remains of color and labels, which he remodelled to form figures, in uncountable variations. This “tube-figure” first appeared in his drawings, at the beginning of the 1970s also in sculptures and since 1975 in his object pictures.

In his work Jurgen Brodwolf played with various, often unconventional materials, which he put in a new context together with the figure.

Jürgen Brodwolf’s numerous exhibitions and awards reflect the artistic success, which has accompanied his works since the 1970s. In 1976 he was invited to teach at the “Fachhochschule für Gestaltung” in Pforzheim. In 1982 Brodwolf became professor of sculpture at the “Staatliche Akademie der Bildenden Künste” in Stuttgart. Jürgen Brodwolf strongly influenced his students and colleagues with his intensive study of the human figure and the relationship between art and everyday objects.