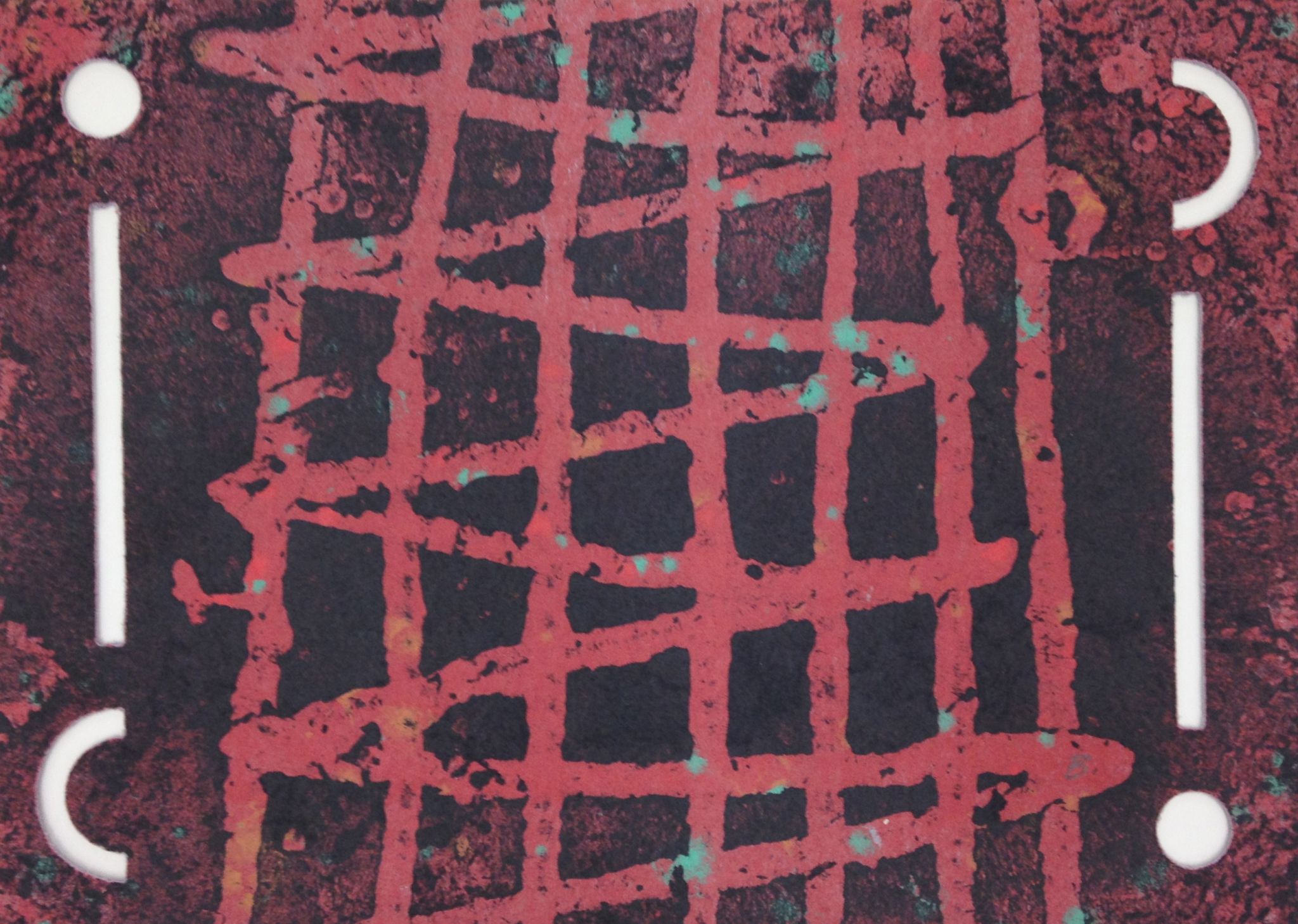 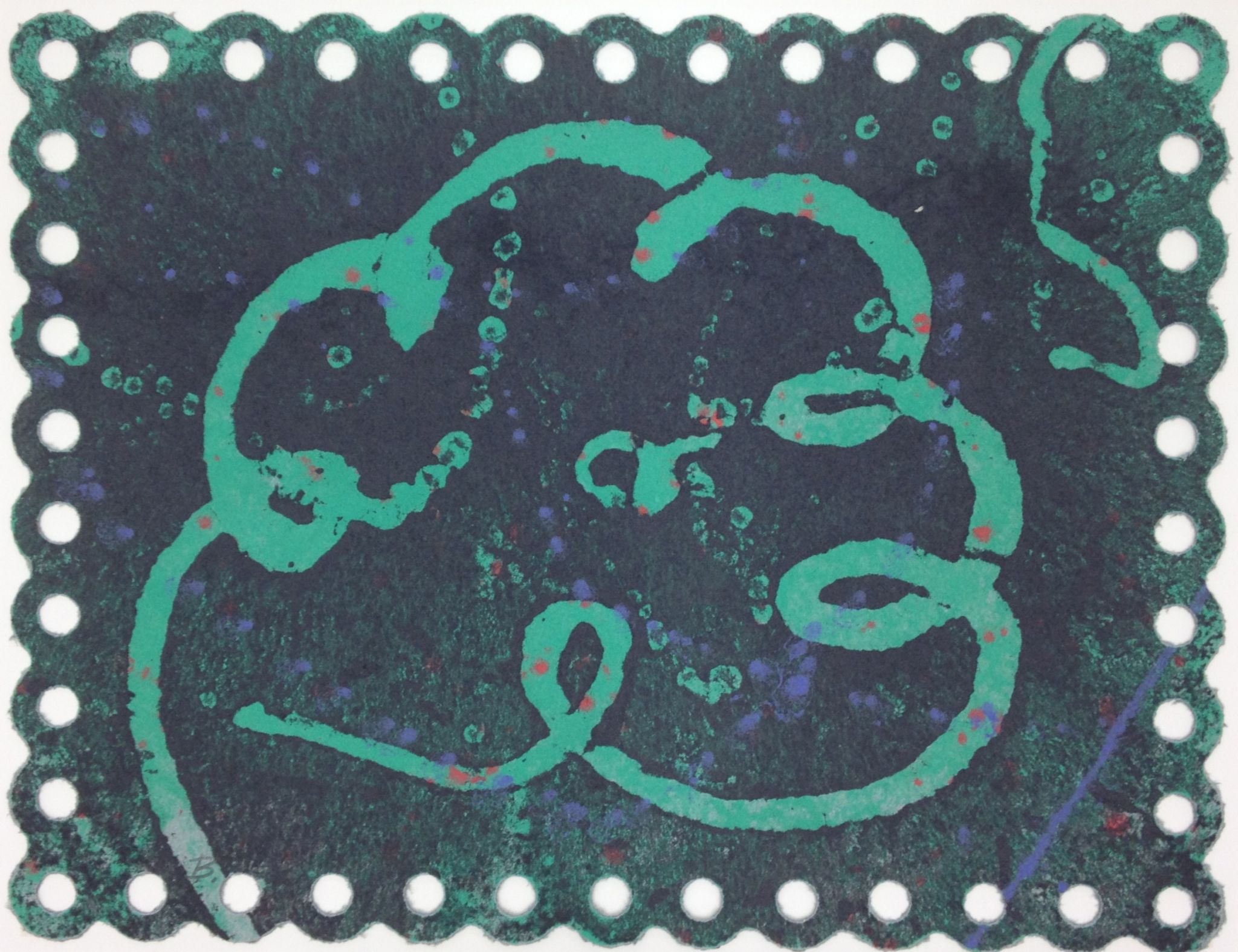 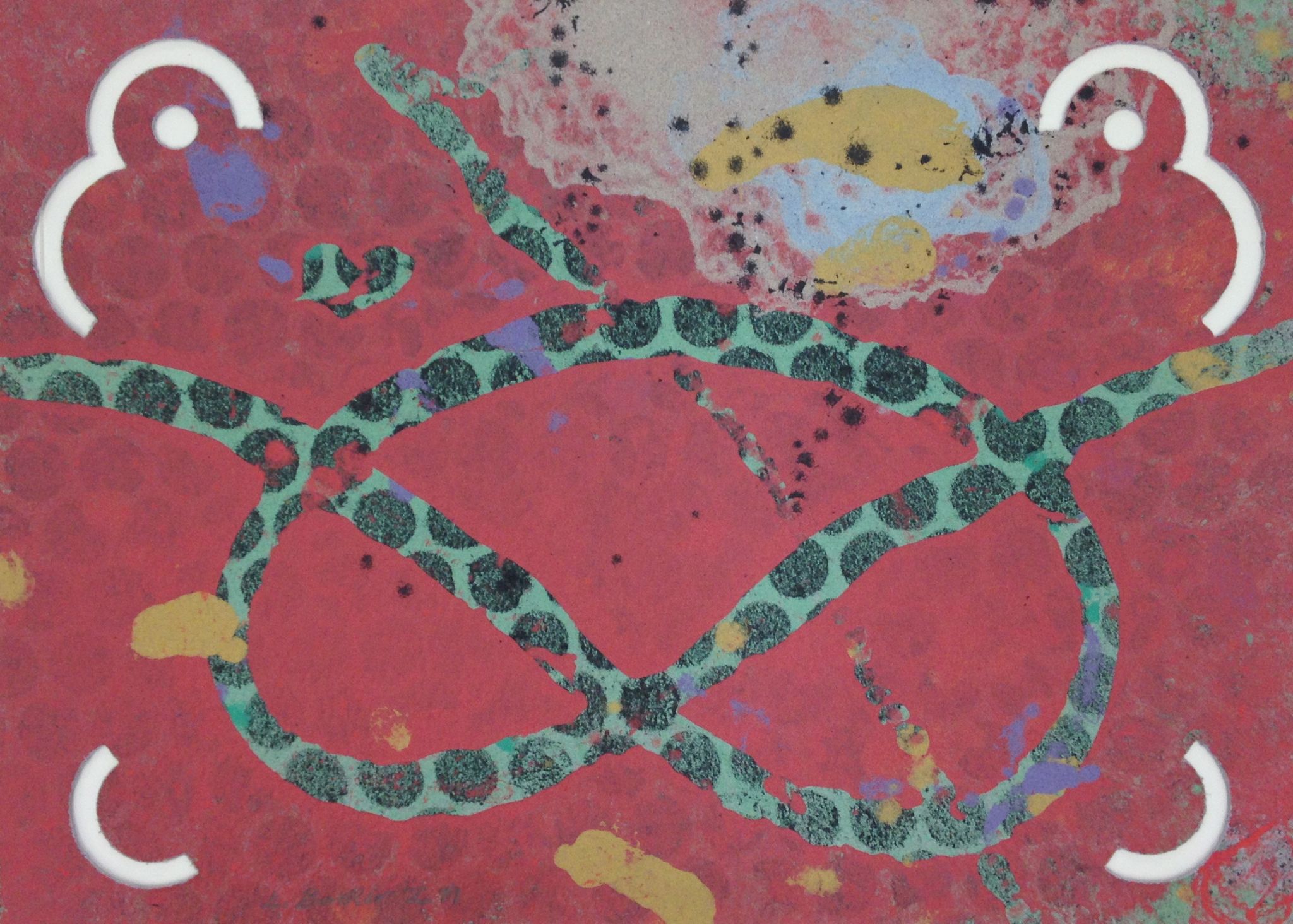 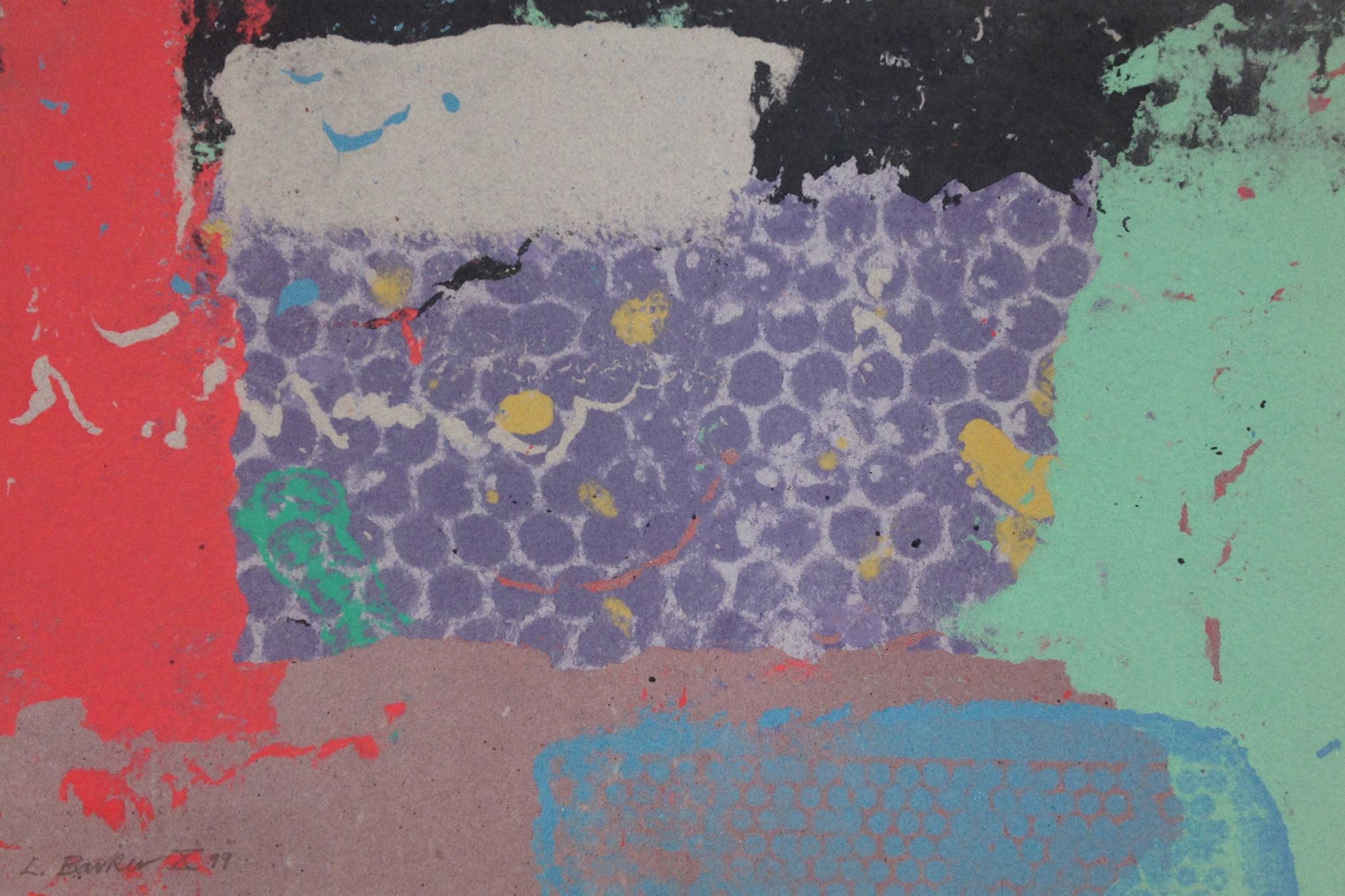 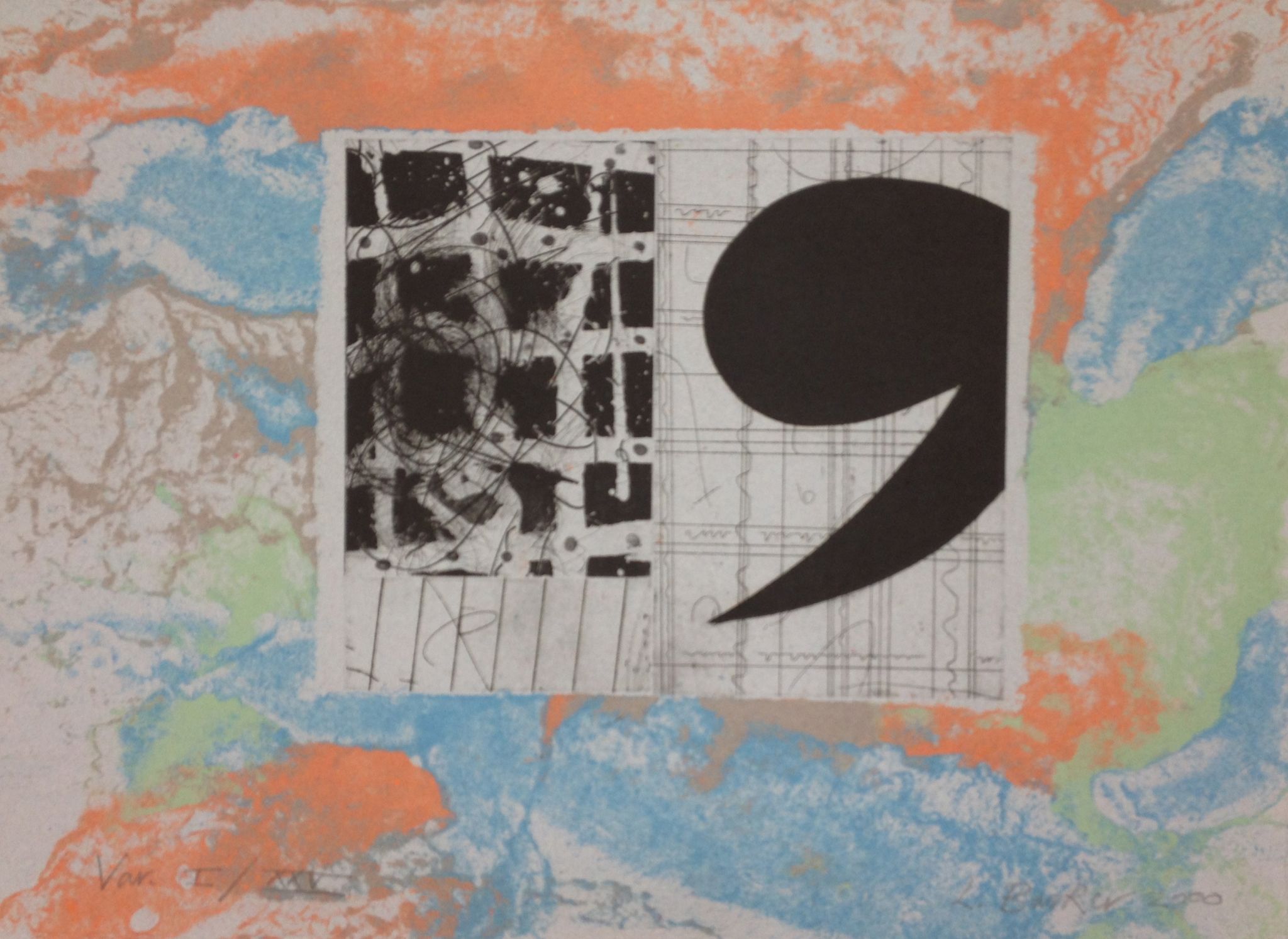 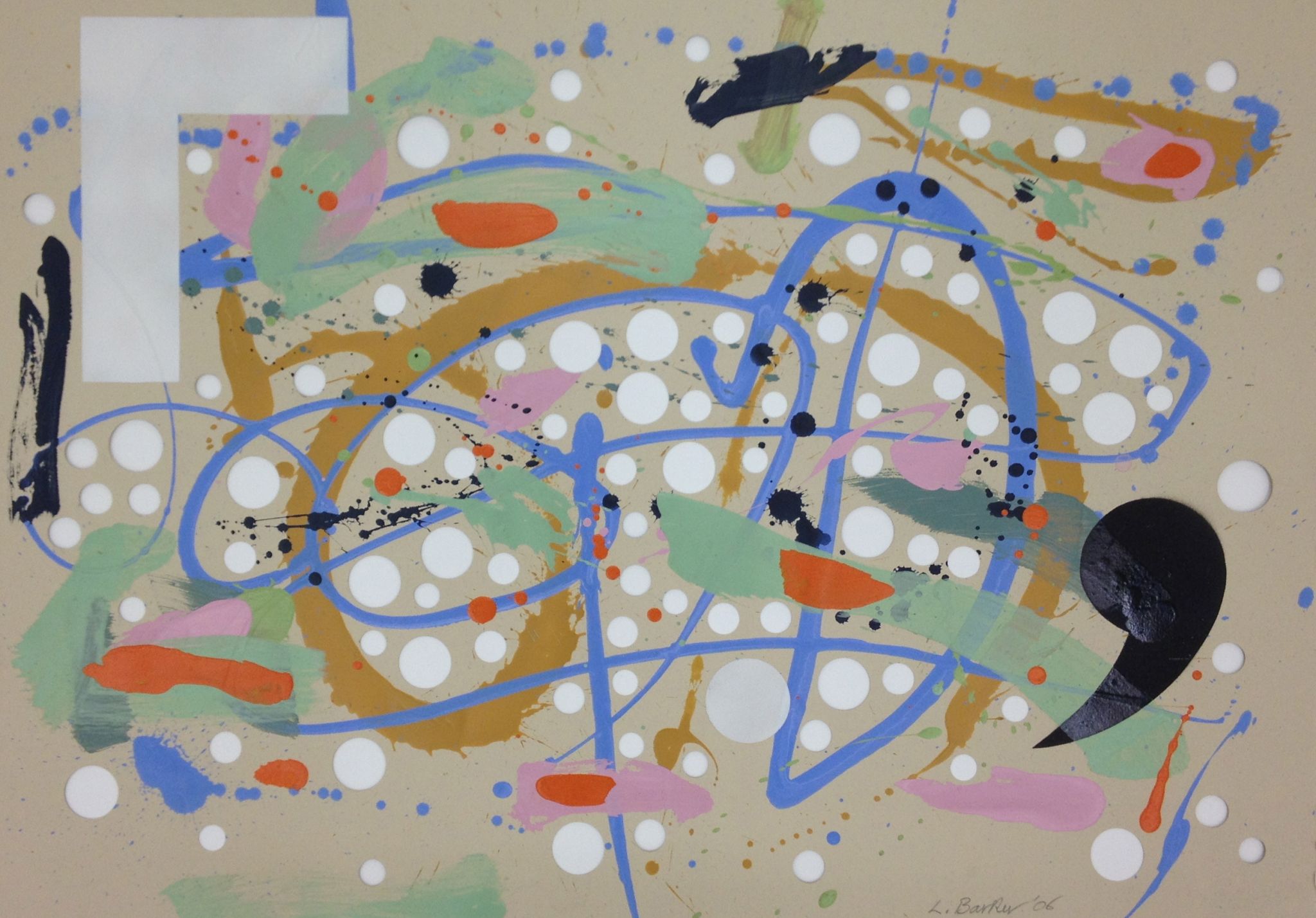 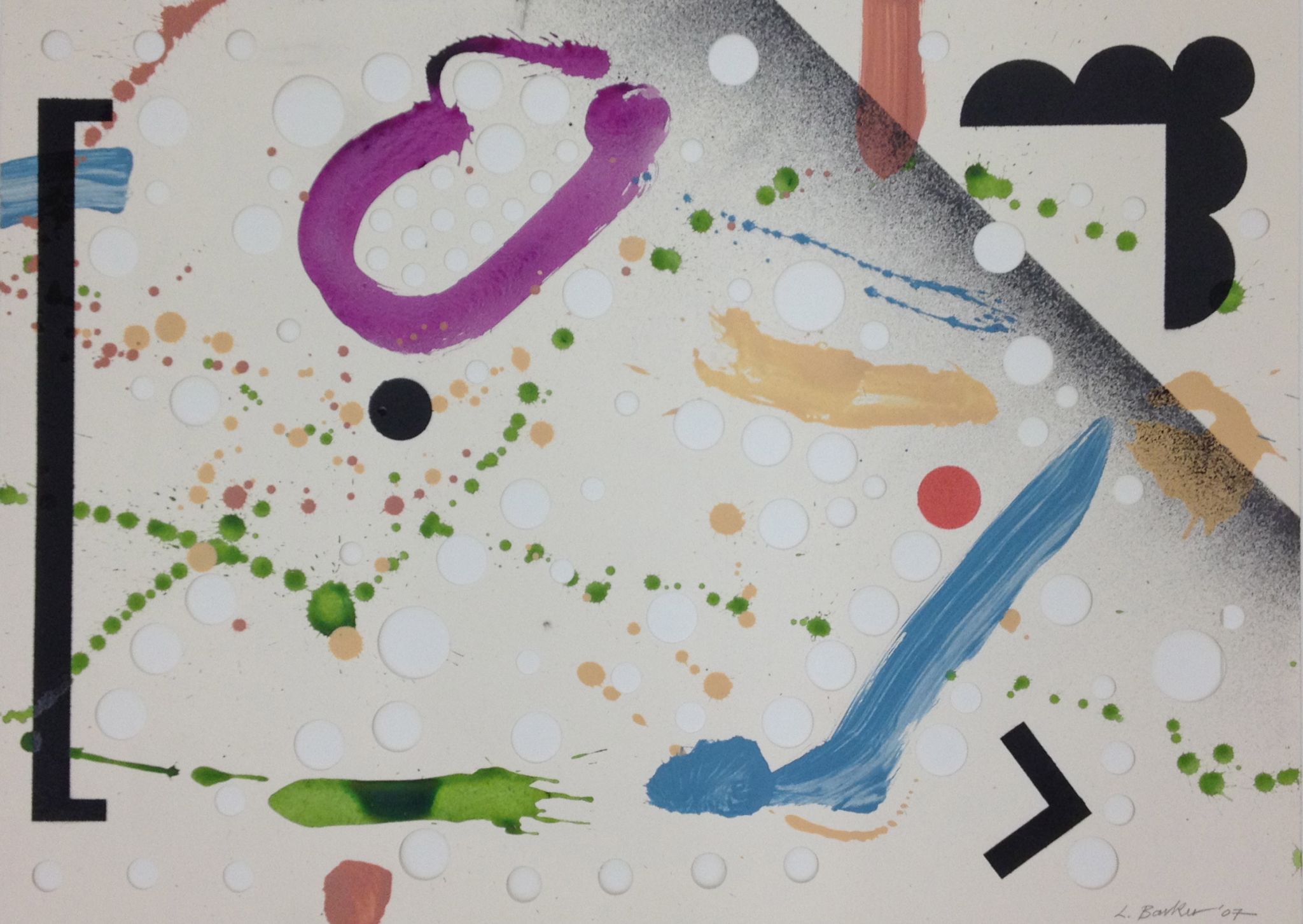 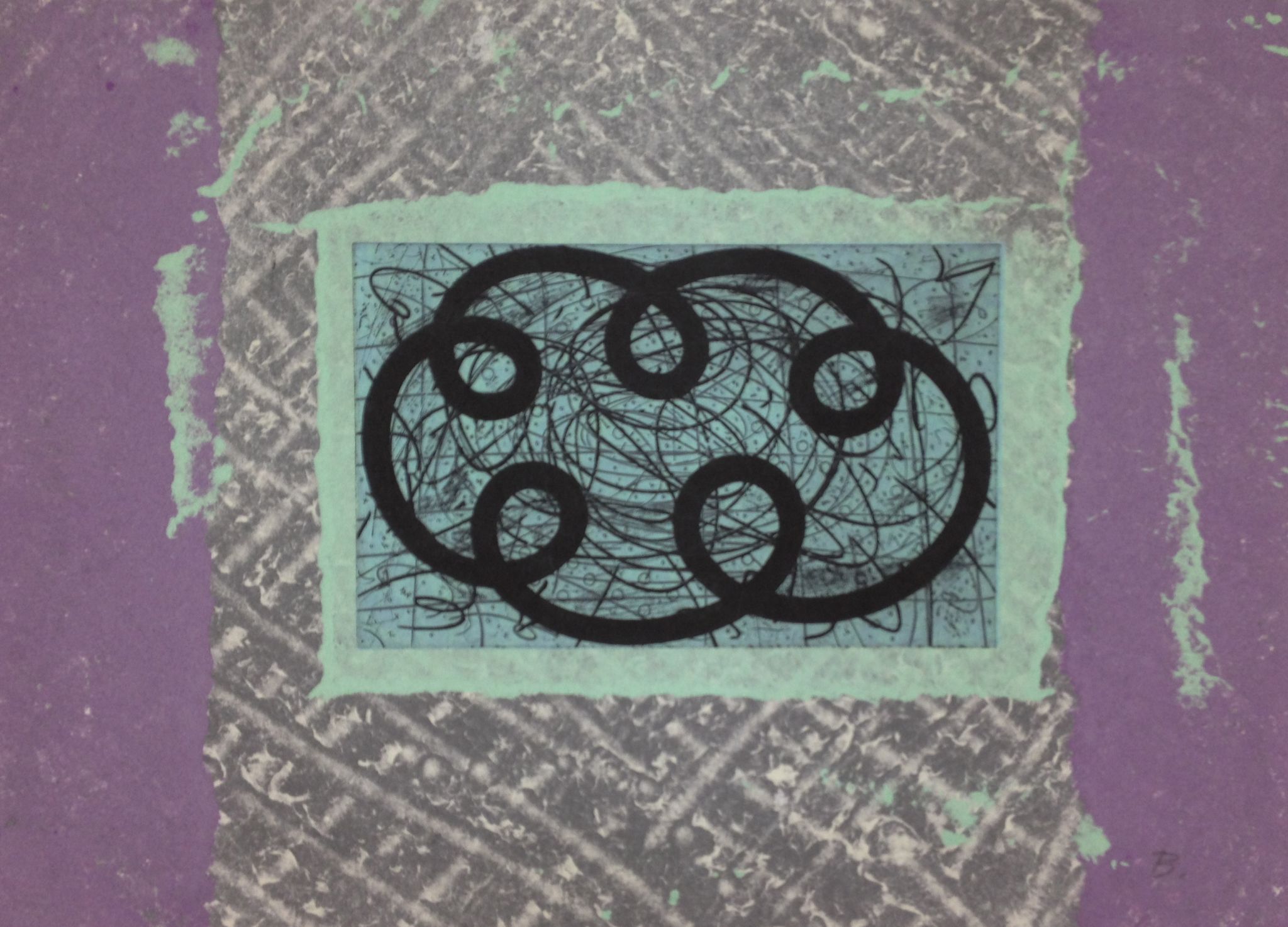 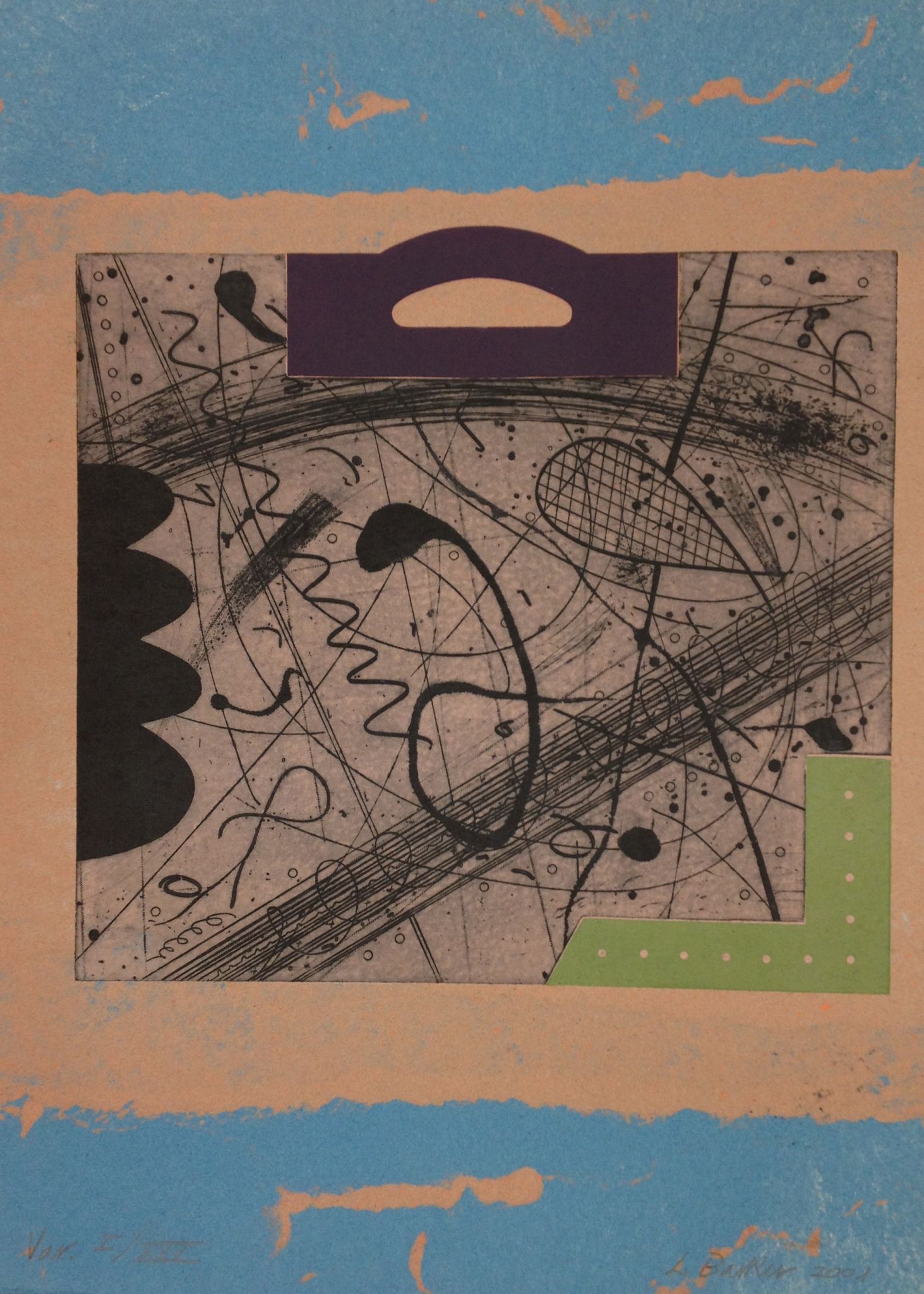 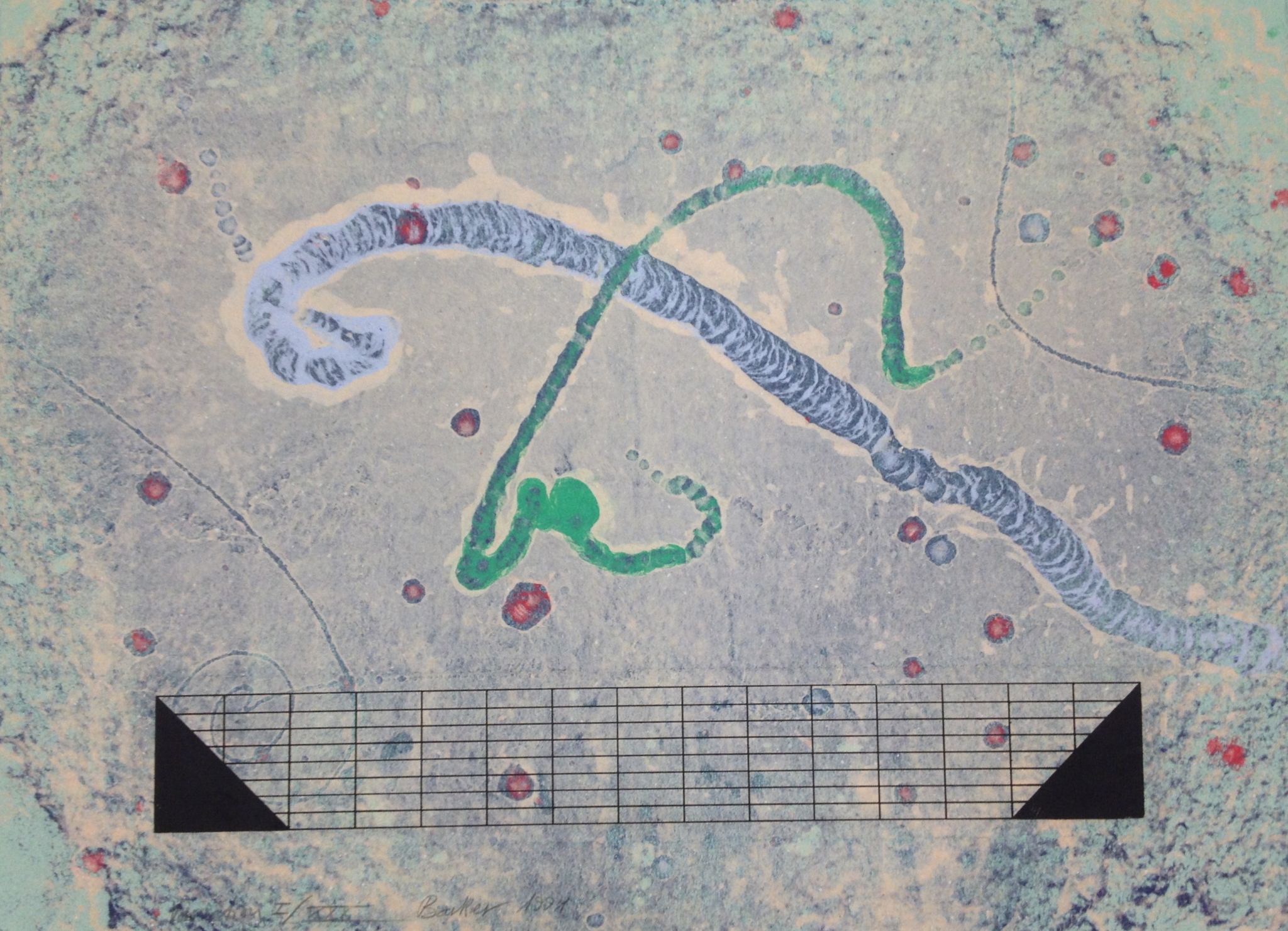 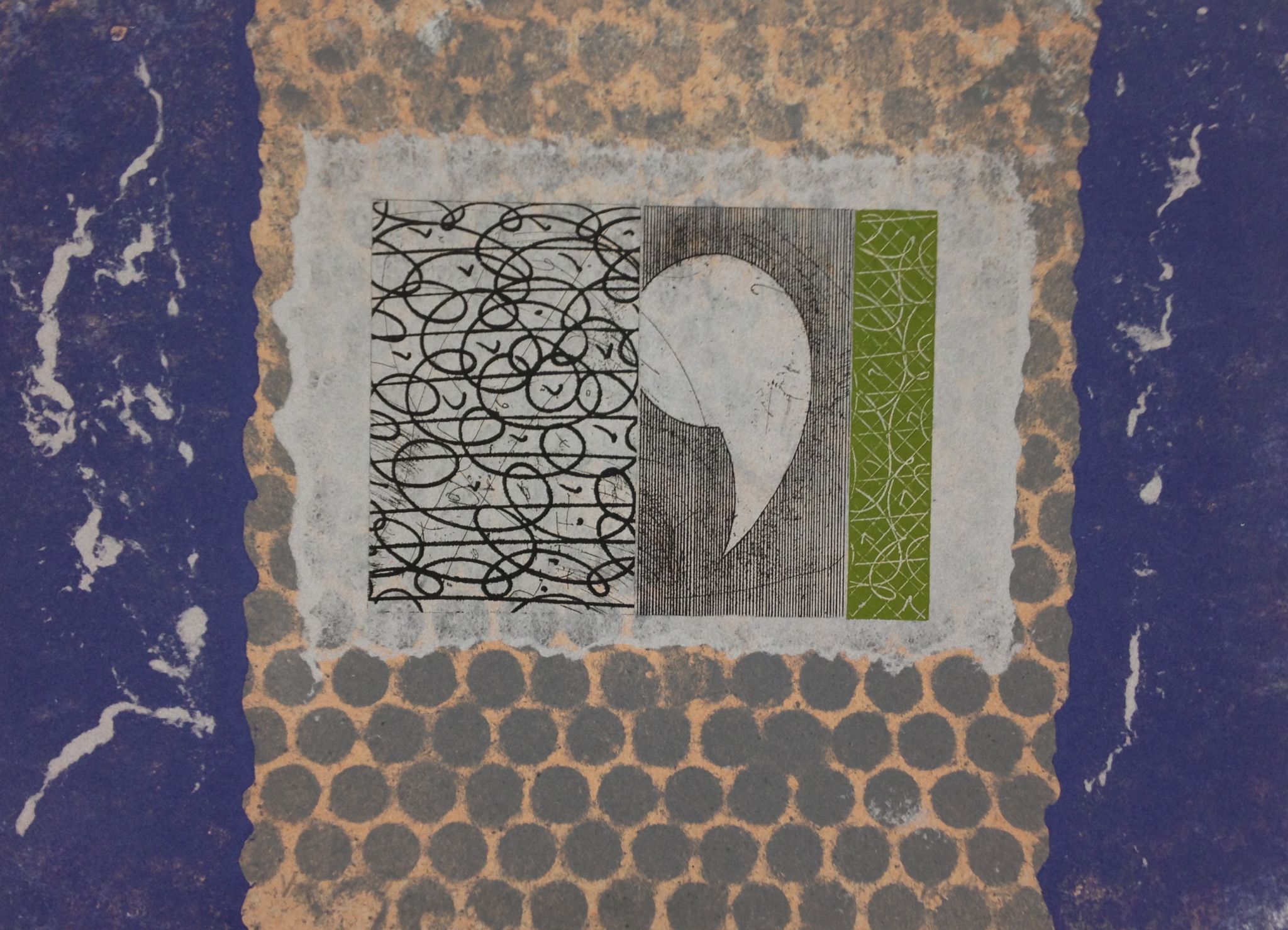 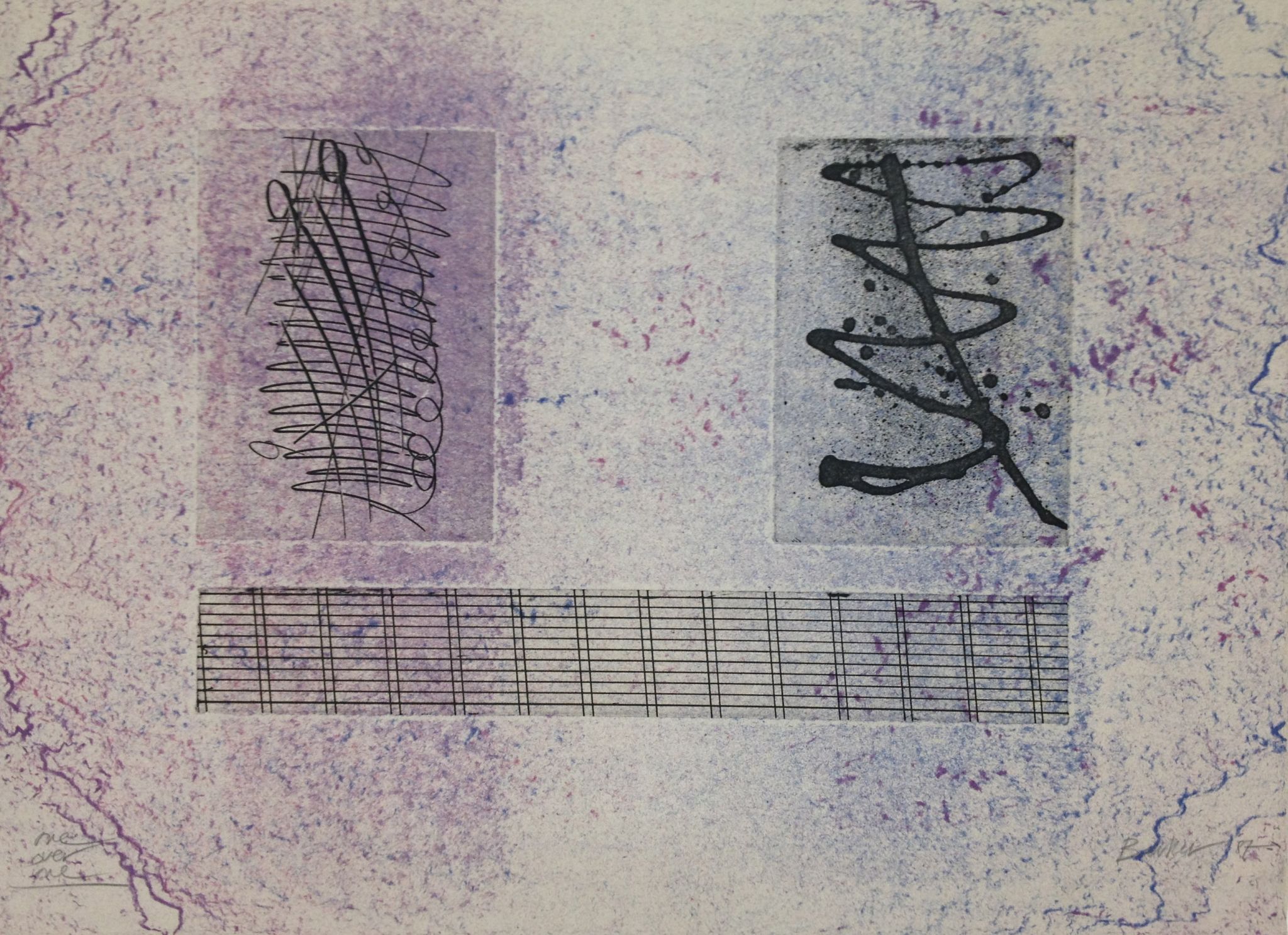 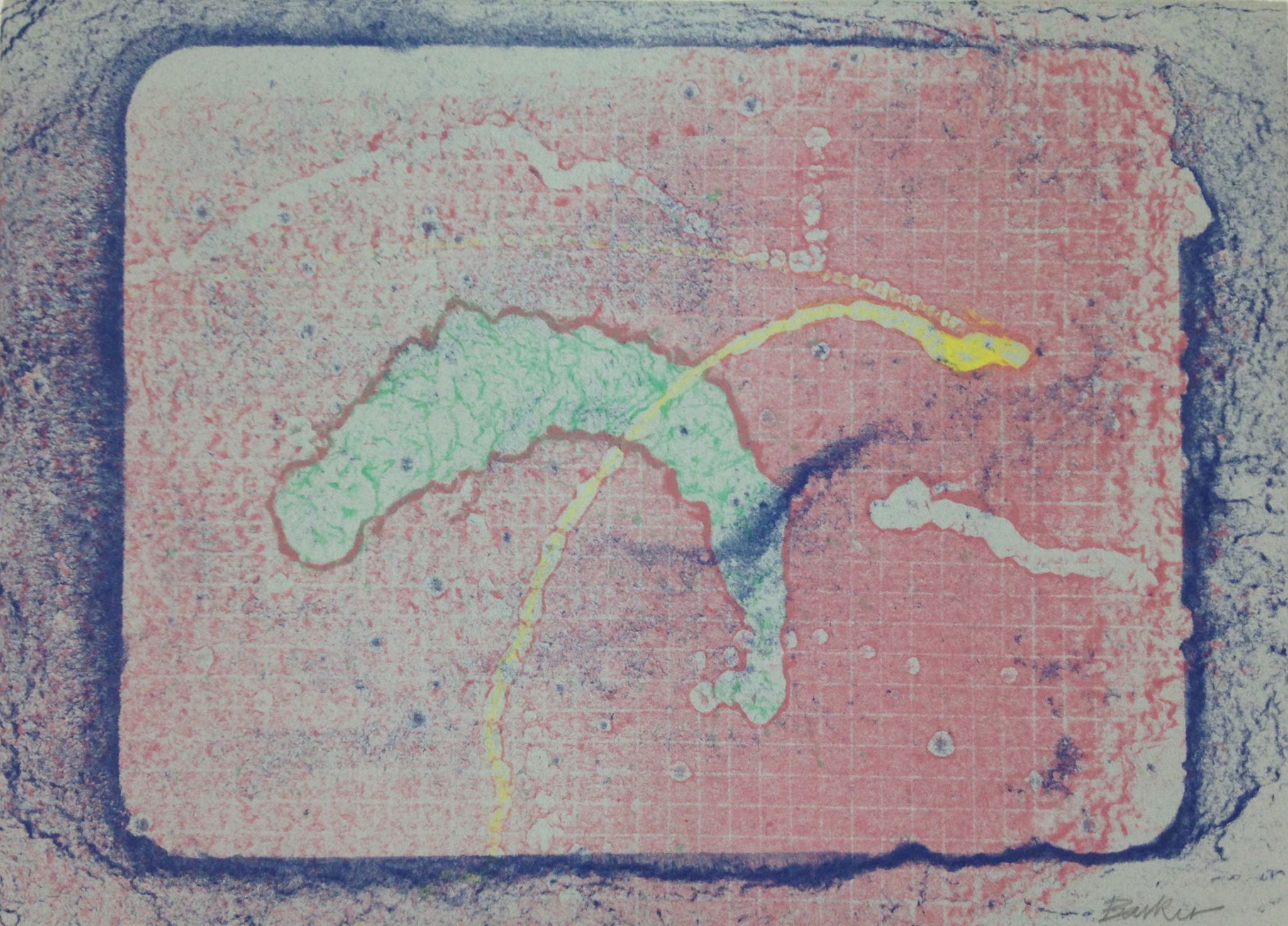 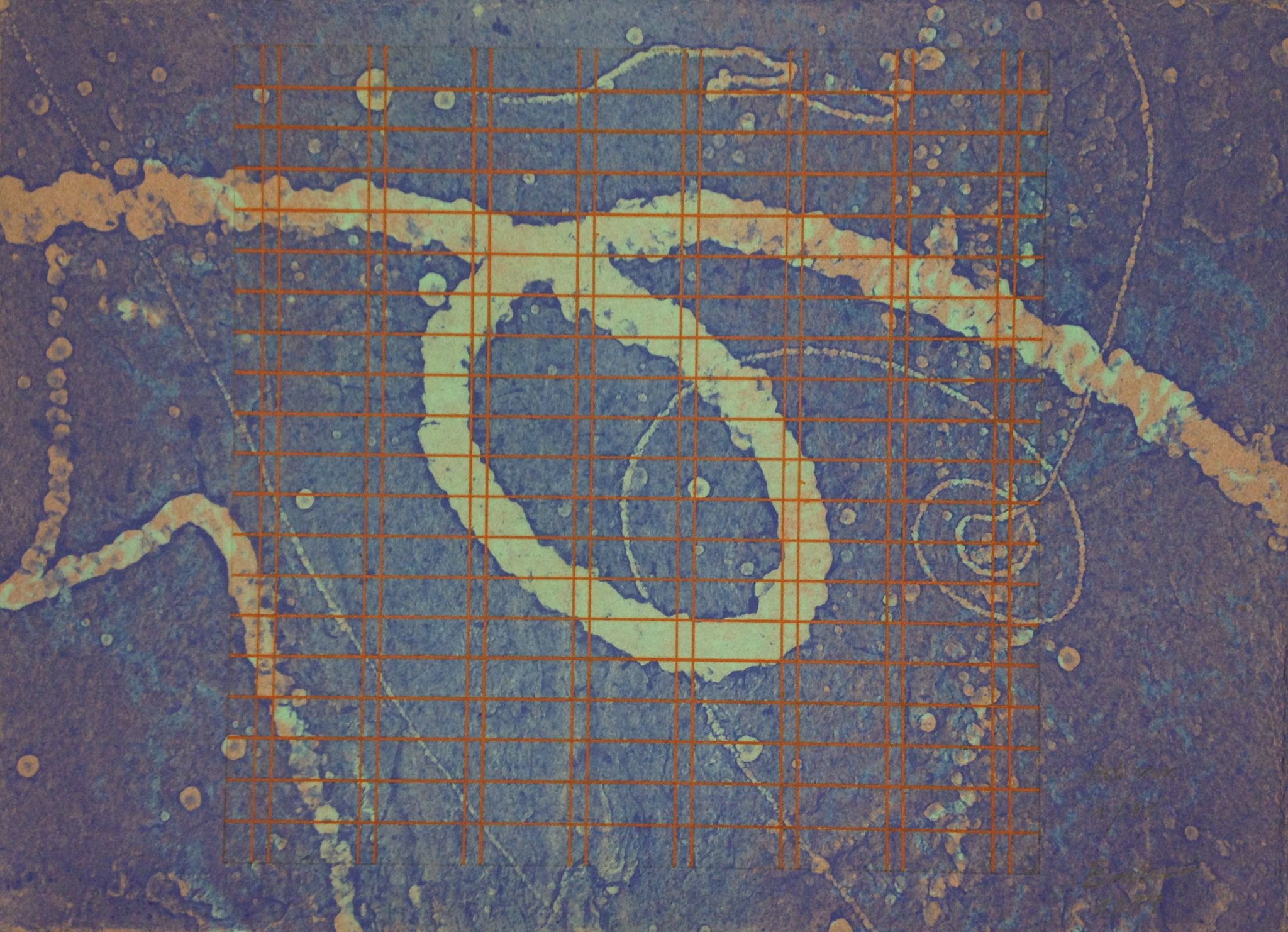 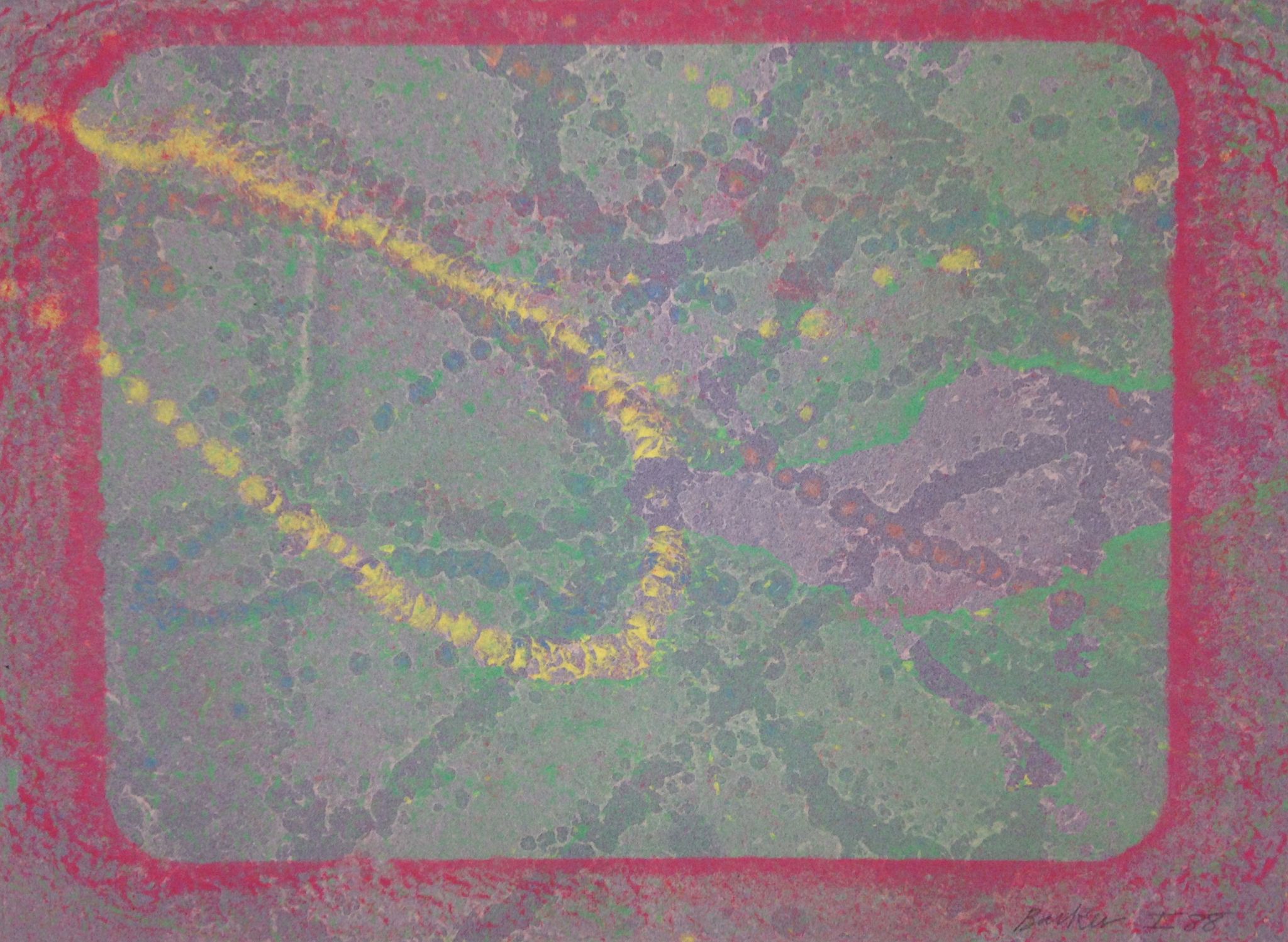 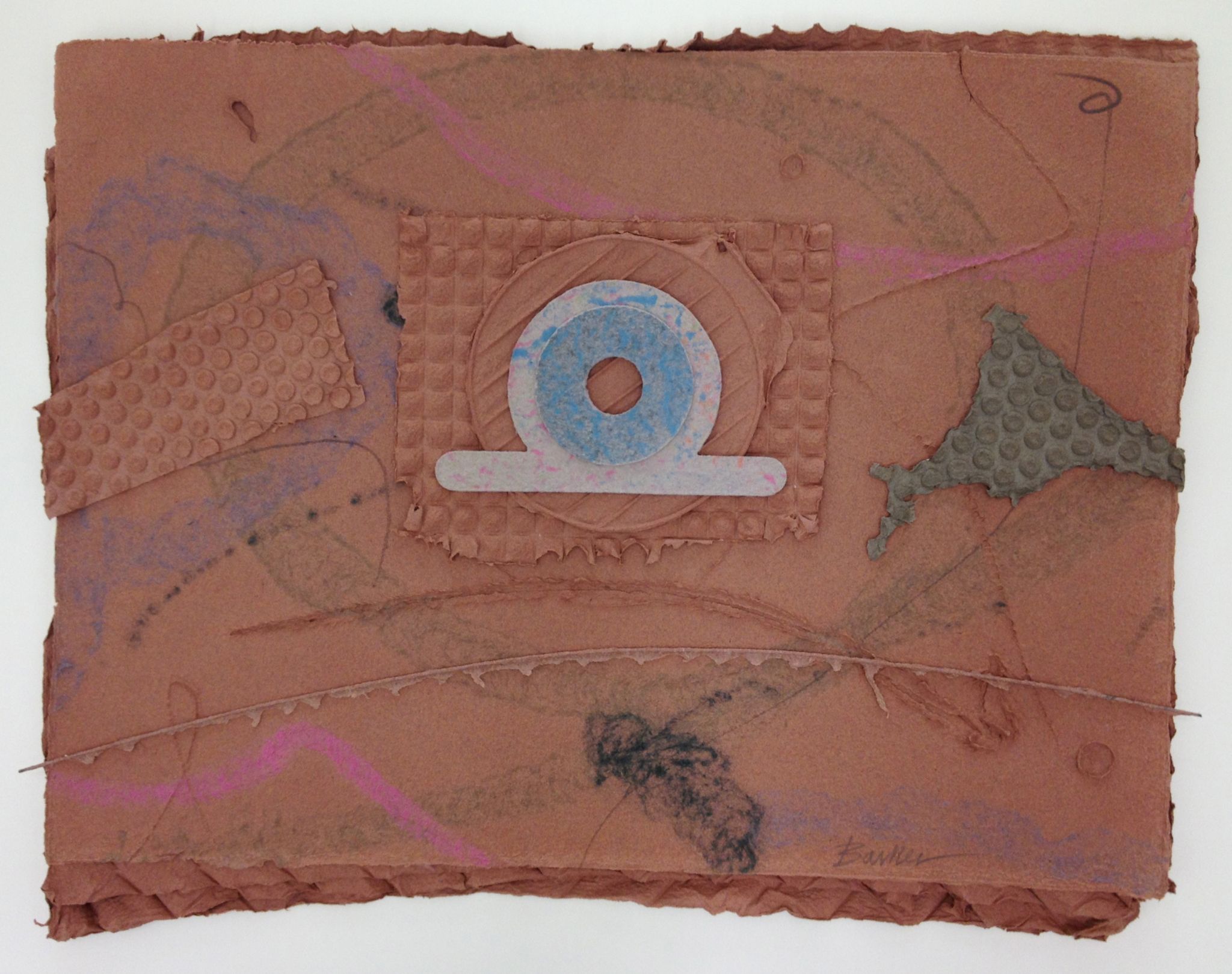 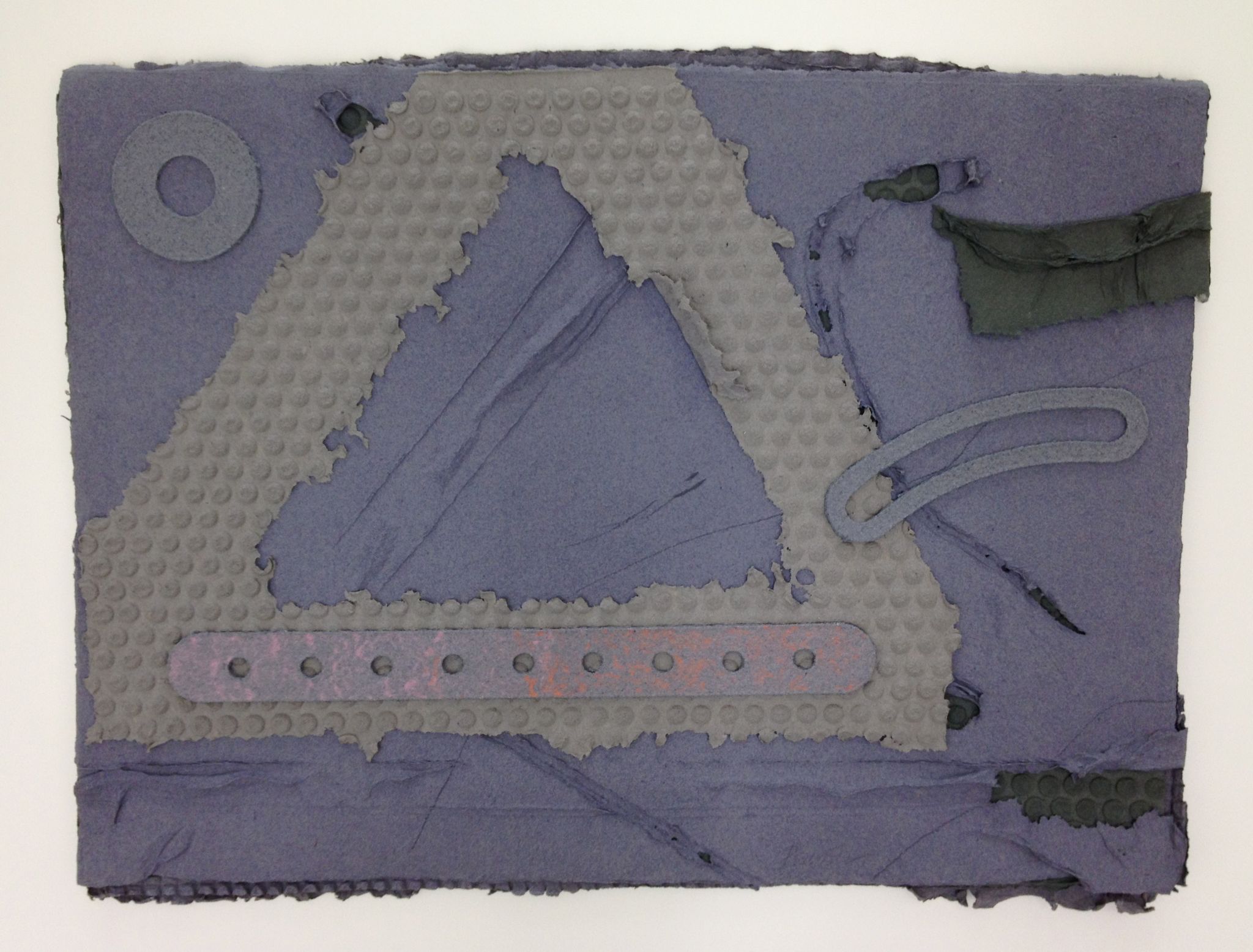 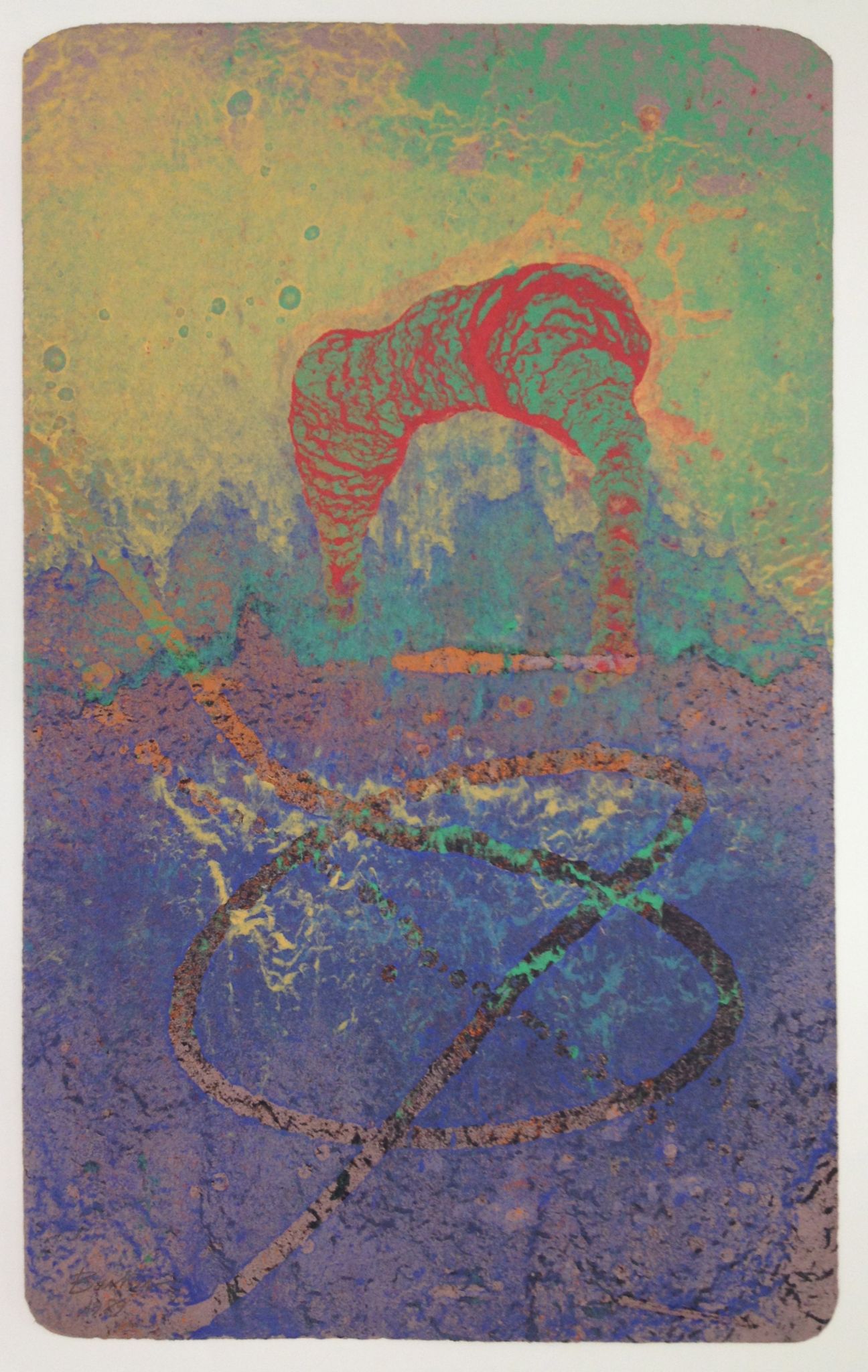 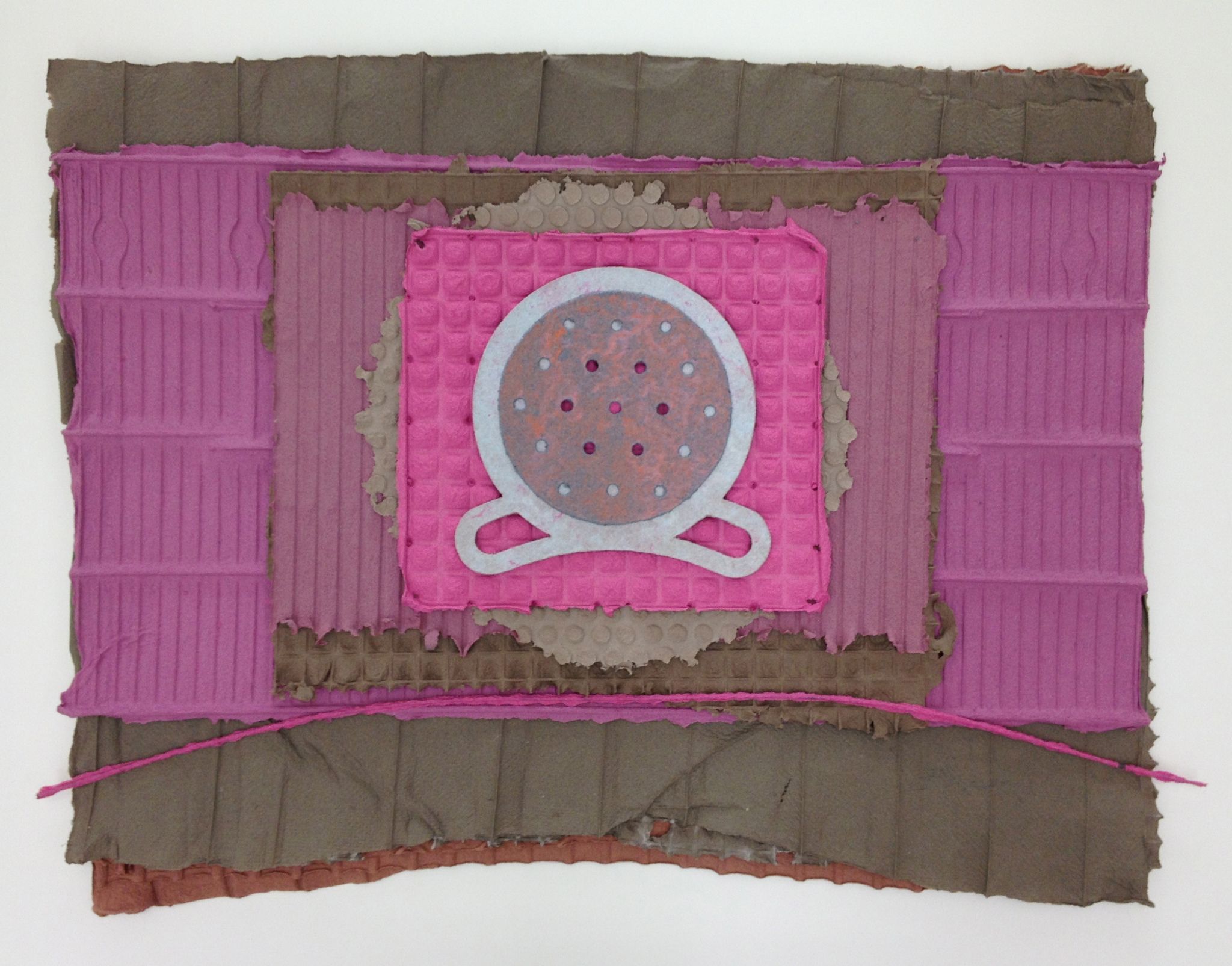 Laurence Barker was head of the printmaking department at Cranbrook Academy of Art in Bloomfield Hills, Michigan from 1960 to 1970. He cites as a “key moment” in his life, when in 1962, a student gave him a piece of Douglass Howell’s handmade paper. Barker recalled, “This wrinkled, semi-translucent paper discreetly proclaimed a life of its own.” Barker attended (as the sole student) a two-week seminar at Howell’s Long Island home and mill that summer. Upon returning to Cranbrook, Barker assembled the necessary equipment to establish a fine arts papermill, which opened in January 1963 as the first university-based papermaking program in America. Barker’s program at Cranbrook ultimately served as the breeding ground for some of America’s leading papermakers, including Walter Hamady of Perishable Press, John Koller of HMP Papers in Connecticut, Aris Koutroulis (who, in turn, taught Kathryn Clark of Twinrocker Papers), Winifred Lutz, and Roland Poska of Fishy Whale Press.

An eloquent apologist for the history and artistic potential of the handmade paper medium, Barker wrote that it is “precisely in the hyphen between support and medium, where ground becomes figure, that much untapped poetry resides, acting paper that is in turn acted upon….Like a rheostat, paper can be easily dialed down, as it were, to the near-zero assertiveness of pure support –i.e., sheets that are white, smooth, and square – as it can be cranked up through stages to an intensity of activity that is pure medium.” His own artwork explores the full “rheostat” of paper possibilities, from custom handmade papers for printmaking to wet-sculpted, distressed and folded sheets with embedded materials, intaglio printing and hand-drawn crayon marks. For many years now he has been making shaped, perforated pulp paintings, which through their perforations, introduce a form of shadow play. As regards printmaking, Barker writes that “what I like so much is that after all the layers of pulp have been applied, the paper is just as absorbent as a blank sheet and equally receptive to printing ink. Its the combination of painting and printing that greatly appeals to me.”

In 1970, Barker moved to Barcelona, Spain – a region long associated with papermaking – and installed his studio and paper mill there. He headed the Smithsonian Institute Print Workshop in Barcelona in 1972, and in 1979-80, was visiting artist at the Cleveland Institute of Art. Barker was instrumental in establishing the Barcelona Paper Workshop in 1980. He has split his time between Spain and Sarasota, Florida since 1995. In addition to pursuing his own work in print and paper media, Barker has made paper for artists Roy Lichtenstein, Robert Rauschenberg, Jasper Johns, Joan Miró, Mark Tobey, Antonio Tapiés, Eduardo Chillida, David Hockney, Kenneth Noland and others.

Words on Paper, Num. 15, Summer 1988, Newsletter of Papermakers in Australia

“I Dreamt I Schlepped Paper in My Summer Pajamas and Other Confessions,” Laurence Barker, Dieú Donné Pulp, January through March 2001