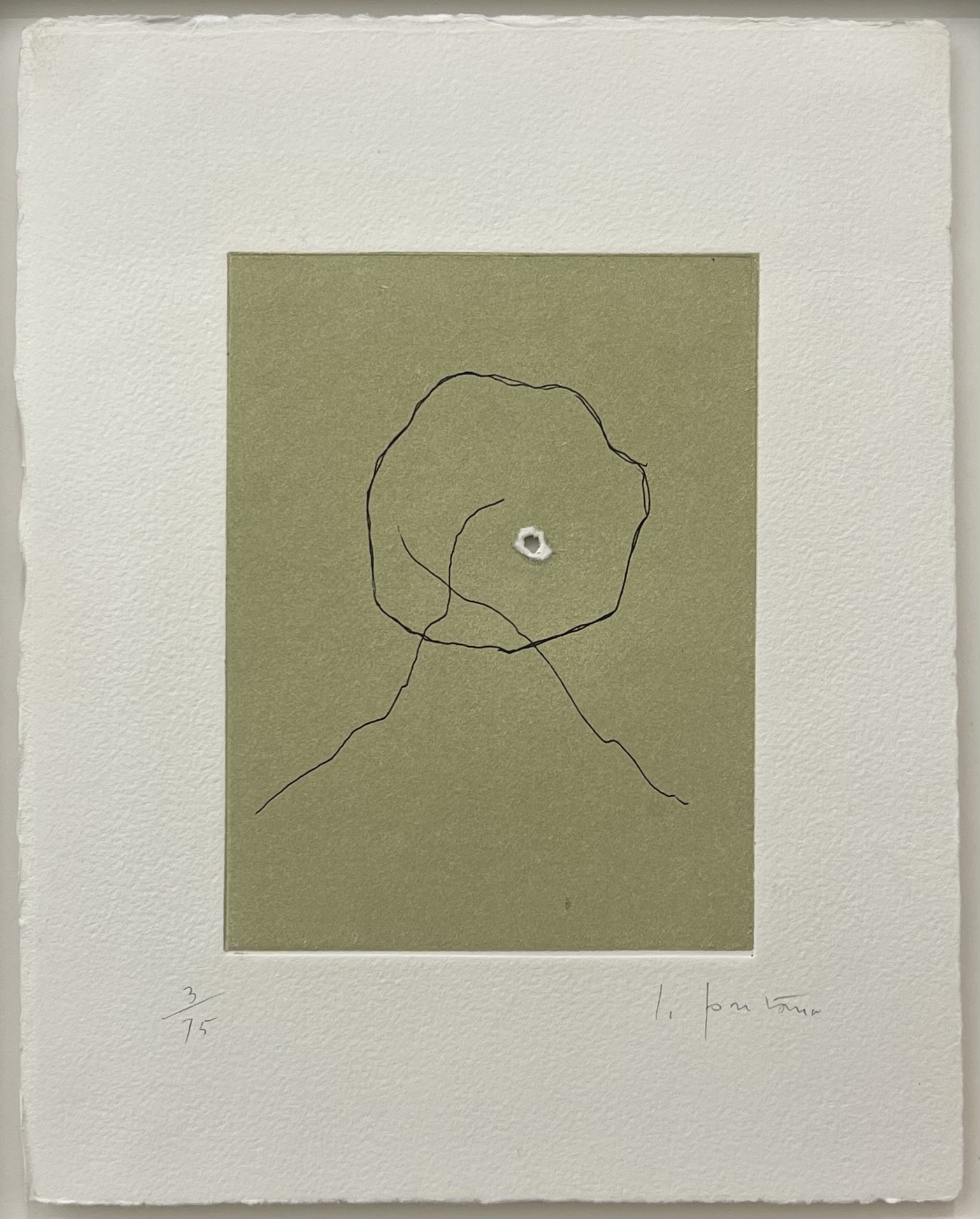 Lucio Fontana’s respect for the advancements of science and technology during the 20th century led him to approach his art as a series of investigations into a wide variety of mediums and methods. As a sculptor, he experimented with stone, metals, ceramics, and neon; as a painter he attempted to transcend the confines of the two-dimensional surface. In a series of manifestos originating with the Manifesto blanco (White Manifesto) of 1946, Fontana announced his goals for a“spatialist” art, one that could engage technology to achieve an expression of the fourth dimension. He wanted to meld the categories of architecture, sculpture, and painting to create a groundbreaking new aesthetic idiom.

From 1947 on Fontana’s experiments were often entitled Concetti spaziali (Spatial Concepts), among which a progression of categories unfolds. The artist’s polychrome sculptures brought color, considered to be under the dominion of painting, into the realm of the three-dimensional. With his Pietre (stones) series, begun in 1952, he fused the sculptural with painting by encrusting the surfaces of his canvases with heavy impasto and colored glass.

In his Buchi (holes) cycle he punctured the surface of his canvases, breaking the membrane of two-dimensionality in order to highlight the space behind the picture. From 1958, Fontana purified his paintings by creating matte, monochrome surfaces, thus focusing the viewer’s attention on the slices that rend the skin of the canvas. Paintings such as Spatial Concept, Expectations are among these Tagli (cuts), whose violent jags enforce the idea that the painting is an object, not solely a surface.

Many of Fontana’s proclamations echo Futurist declarations made before World War I. The artist’s wish that his materials be integrated with space, his need to express movement through gesture, and his interest in states of being (exemplified in his use of the word “expectations” in the title of this work), suggest the artist’s familiarity with the work of Umberto Boccioni, a leading Futurist sculptor, painter, and theorist whom Fontana cited as an inspiration.