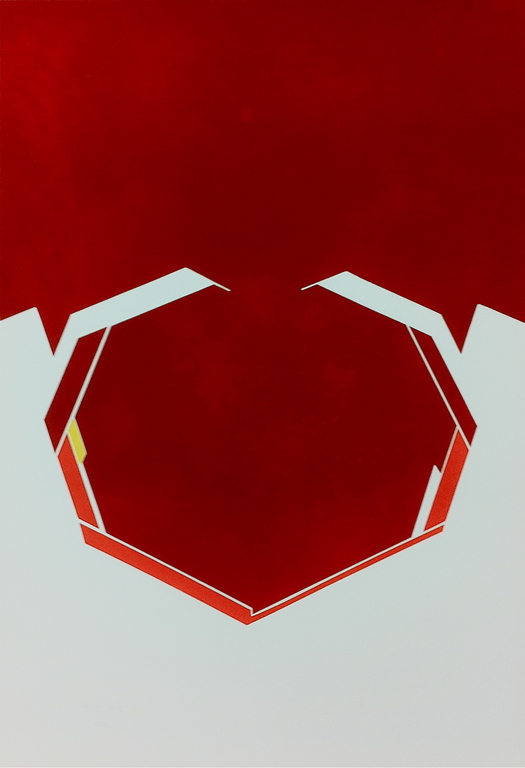 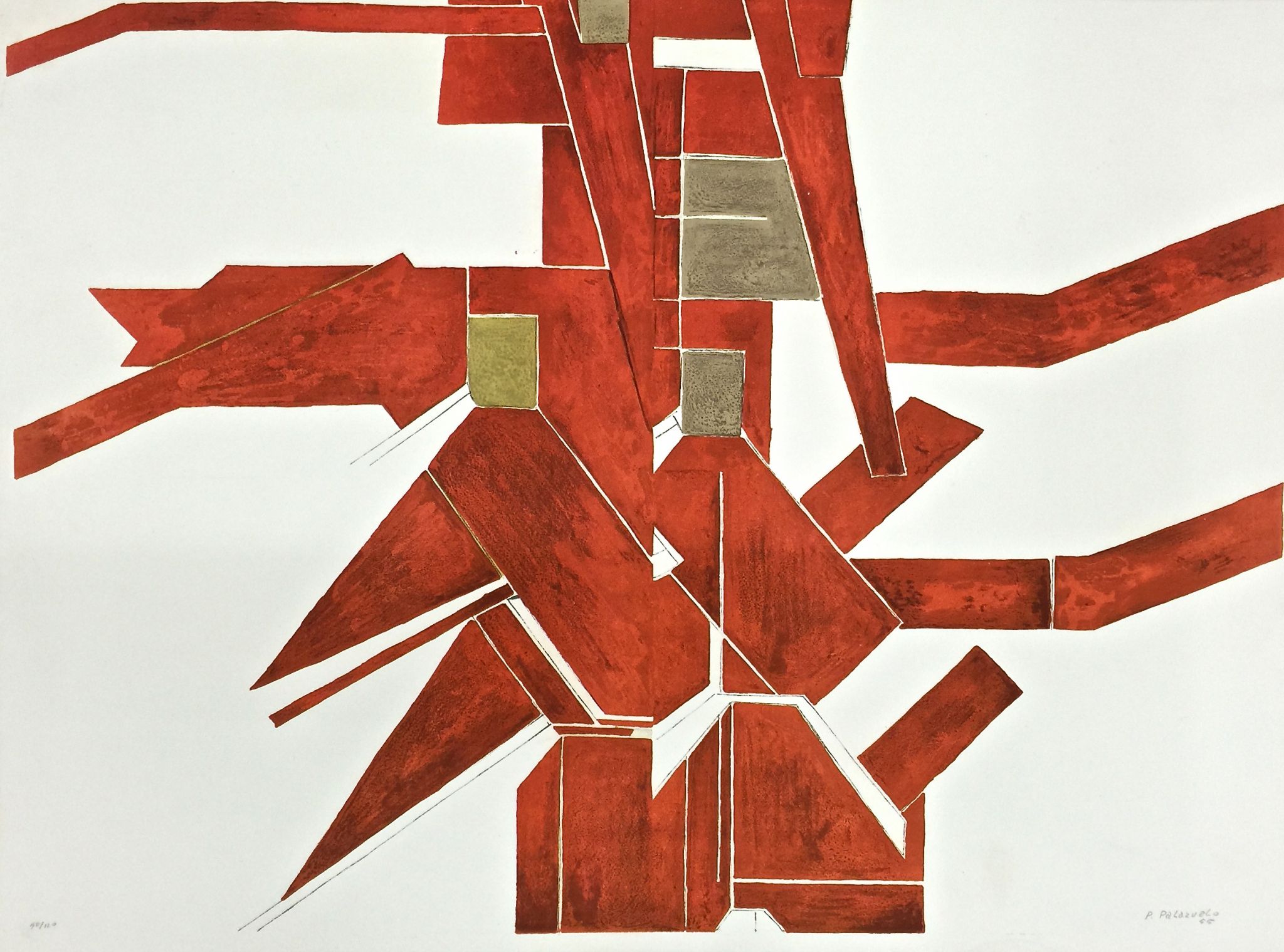 Pablo Palazuelo was born in Madrid in 1916. In 1933 he studied architecture at the School of Arts and Crafts at Oxford University. Upon returning to Madrid in 1939, he began to devote all of his time to painting. During these early years, reflecting the influence of Picasso and Cézanne, his figurative art became progressively more abstract, simplified and transformed.

Palazuelo was attracted to, and later influenced by, the work of Paul Klee, which he saw for the first time in 1947. It was in this year that Palazuelo’s first abstract art appeared. The following year he was awarded a grant by the French Institute in Madrid to pursue his art in Paris.

Palazuelo went on to receive the coveted Kandinsky Prize in 1952.
His attention became focused on the nature of “form” itself rather than on what it represented. In 1953 his investigation into form led to his discovery: Trans-geometría-the rhythms of nature translated into plastic art. This new way of seeing was initially expressed in his Solitudes series shown in his first solo exhibition in 1955.

“Ascendente no. 2”, his first sculpture, appeared in 1954. However, it was not until 1962 that his exploration of the qualities of space through his metal sculpture began in earnest, and his two-dimensional drawings became transformed into their three-dimensional counterparts.

Conflict between large, flat, colorful forms characterized the series entitled Onda, Onfalo and Tierra, exhibited in 1963, and indicated a significant change in the direction of his art.

In 1969 Pablo Palazuelo returned to Spain, where he continued to probe the mysteries of form through his paintings, sculptures, writings and research. He began to work in a 14th-century castle in Monroy, near Cáceres in 1974. During this time he captured the phenomenon of transformation, from its origin to its cyclic end, in his Monroy series.

The surprising appearance of “signs” in his El número y las aguas series in 1978 marked another level of his inquiry into “the moment of formation.” Pablo Palazuelo’s Yanta paintings, exhibited in 1985, represented diagrams of two-dimensional force and structures of three-dimensional force, which constituted figures of conception. Constantly changing lineal rhythms characterized his Nigredo, Anamne and Sinesis series.

Since 1955 Palazuelo has shared his relentless journey of formal discovery in twenty-three solo exhibitions, as well as in numerous group exhibitions in France, Spain and throughout Europe. Pablo Palazuelo continues to pursue tirelessly the realization of the endless potentialities of form through his current Sydus series.
His work was also periodically displayed in group exhibitions in the United States between 1953 and 1975. In 1958 he received the Fifth Carnegie Prize for his work Mandala at the Pittsburgh Museum of Art (Carnegie Institute). Pablo Palazuelo had received several awards for his work and was regarded as one of the preeminent Spanish artists of this century.